“Easterseals has given me independence.” 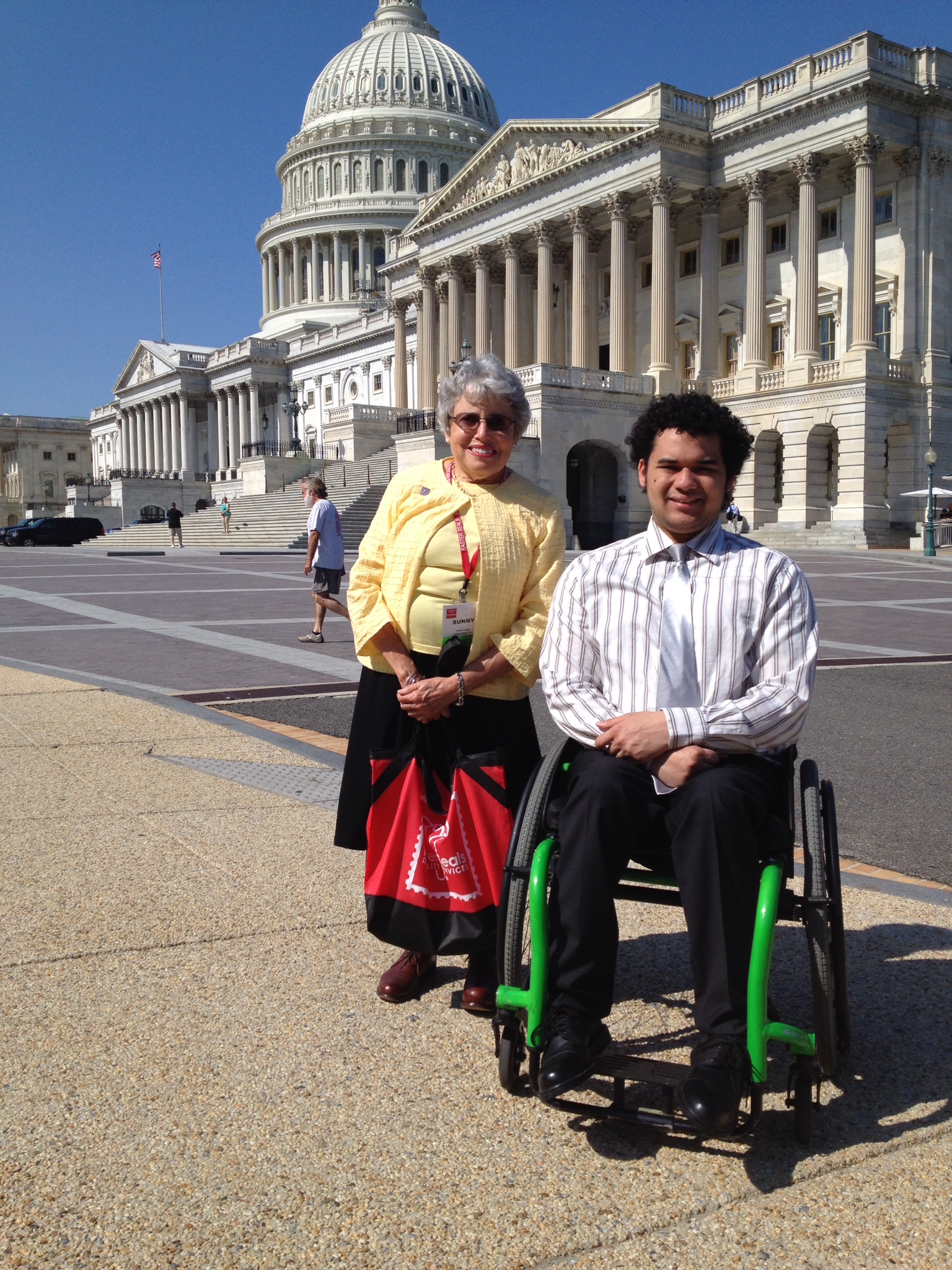 Easter Seals board member Sunny Coady and Dominic in Washington

Dominic Mondon-Poirier has never shied away from a challenge, whether it was learning to use a wheelchair, working with autistic children at camp or lobbying a congressman.

Paralyzed as a young child from a chemotherapy overdose, Dominic was 7 when Easter Seals therapists helped him learn to use a wheelchair and find new ways of doing everyday things.

He went on to become an Easter Seals camper and then gained valuable work experience as a counselor at camp, where he worked with youth who have autism and developmental disabilities.

In the last few years, Dominic has been active in the Easter Seals Youth Leadership Network, developing his leadership abilities and learning practical skills he needs to live and work independently.

Dominic is now a thoughtful and articulate 20-year-old.  A junior at Fitchburg State University, he lives independently and hopes to become a history teacher at the high school level. He also is a polished speaker who regularly makes presentations to Easter Seals groups.

Last summer, as part of the Easter Seals Advocacy Summit, Dominic traveled to Washington DC to urge his representatives to support a bill that would empower people with disabilities to find good jobs. The bill passed and was signed into law by President Obama.

“Through Easter Seals, I’ve met so many people who have helped me go places and do things that I never would have done on my own,” he said.  The experience also gave him practical experiences that helped him develop his self-reliance, like learning to ride the Metro (subway) in Washington.

“Easter Seals has helped me in so many ways,” he added.  “When I first became disabled, I had to have other people do basic tasks for me.  Now I’m on my own, in college.  Easter Seals has given me independence.” 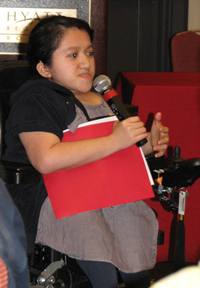 Through her work with Thrive, the Easter Seals mentoring program, Sandy Ho has empowered young women with disabilities locally and worldwide to broaden their horizons and lead more independent lives.

Sandy developed the groundbreaking program, which matches the young women with adult female mentors who have disabilities.  As role models, the mentors help them develop leadership skills, learn to advocate for themselves and set goals for their future.  A conference with prominent speakers caps off the year.

Through its social media component, Thrive also has created a worldwide online community for young women with disabilities.

The blog began as an e-book of letters that Sandy asked the mentors and young women to write to their younger selves with words of advice or life lessons they have learned.  Before long – on its own – the Letters to Thrive blog caught the interest of young women with disabilities across the US, in Canada, Europe, New Zealand and Australia and is still growing.

A 26-year-old grad student, Sandy understands the challenges young women with disabilities face.  She uses a wheelchair, is significantly shorter in stature and has brittle bones.  Her growth as an emerging leader in the disability community reflects the strength and skills she brings to every challenge she faces.

“What I most enjoy about the Thrive program is that I am able to be part of a community where there is so much pride in being young women with disabilities,” Sandy said.  “I’m proud that the empowerment from this community is something that will continue to have a lasting impact on the program participants.”

“They look at what’s inside your heart and how good a person you are.  They don’t put you down – they help you to achieve.” 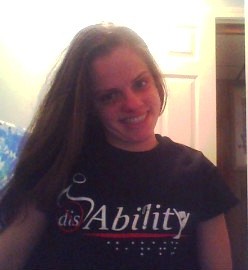 In her work with the Easterseals Youth Leadership Network, Stephanie Polito helps teens and young adults with disabilities learn to advocate for themselves, gain self-confidence and strengthen their self-image.

“Sometimes people may see us as being lazy but we are far from it,” she tells them. “It takes true grit to have a disability and function.”

Stephanie has an intellectual disability and low muscle tone.  But this vibrant, outgoing, caring 20-year-old woman with the bright smile also is a college student, loves to sing and dance, is active in a theater group and is a polished public speaker.

Stephanie and her family live in Worcester.  During the school year she’s a student at the Riverview School in Sandwich and attends Cape Cod Community College through its Project Forward program.  She’s a Project Forward peer leader and wants to be a social worker one day.

Because of her hard work and ability to inspire others, Easterseals recently honored Stephanie with its Emerging Leader Award.