Home > _Easterseals Massachusetts > Who We Are > Local Blog 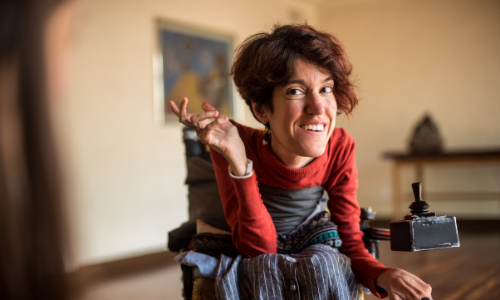 The other day I was walking with one of my friends, and she referred to me as disabled; shortly after, she asked me if that was the right word to use or whether it was offensive. I genuinely appreciated her asking what the correct language was.  I told her that I prefer being referred to as “disabled” instead of a “person with a disability.” When I was growing up, disabled people were always referred to as people with disabilities rather than disabled people.  Recently, I’ve noticed my peers that have disabilities are shifting from using person-first language to identity-first language. The shift has given me a newfound acceptance of being a disabled woman in a world where being disabled is seen as something to be sad about rather than embrace.  Disabled used to be seen as an insult when I was a kid; I would get irritated when someone called me disabled. Using identity-first language is about taking power back. Calling yourself disabled is how people who are queer take what used to be seen as an insult and now allows people to have control and ownership of the word. There are plenty of derogatory remarks that are used that some people may not realize are offensive. I was born with spastic diplegia cerebral palsy; when I was younger, people used spaz a lot as an insult. Calling someone a spaz is insulting and offensive to people with spastic muscles. That also goes for other minorities.

There may be generational differences that affect the person's language preferences or personal experiences to determine which language they prefer. Another factor that affects someone's views on the subject is a generation difference; for example, people my age might have a different perspective from someone born before passed in 1990. 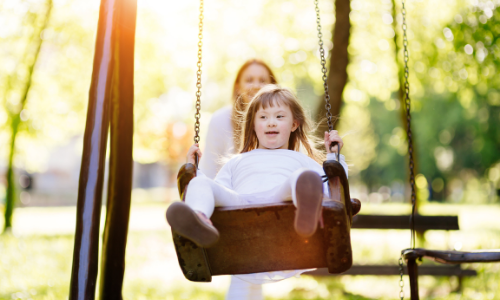 Continuing that thought, an individual who was a child during that time may have a unique perspective that someone who is directly a part of the protest that led to the passing of the ADA. When talking to Desi Forte, who was born in the 80s and was pretty young when the ADA was passed, she stated, "there is no right or wrong answer about what should be used. It is all about the individual. I am proud of my disability but do not prefer person-first vs. identity-first language. To me, that does not mean someone who chooses only one person first has any less pride". On the contrary, Joe Bellil, VP of Public Affairs & Youth Services at ESMA, states that "I like person-first language or even language that indicates that I happen to use a wheelchair and having accessible routes is important to me. Most of the people I know around my age, old, use person-first - language." Sometimes I think about this just like the "Person using the wheelchair" sign that indicates disability. There's a new one out there where the person using the wheelchair looks like they are in motion. Some like it, some don't. I think there should be a universal access sign like a big "A" for access for all, instead of showing a wheelchair." What I find interesting is that when I go to concerts, the seating isn't called handicap. It's called accessible, but they use the symbol. From my personal experience and the two individuals, I was able to get a perspective that expresses many different factors that can play into preference bout identity-first versus person-first language.