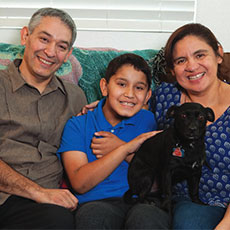 Adam loves soccer, theater and is a good student. Now age nine, he has come a long way from when he was first diagnosed on the autism spectrum when we was three, say his parents Johann and Ana. “We had a son who was non-verbal, aggressive, not social, no eye contact, and this is just to name some of the behaviors that we were dealing with,” says Ana. Adam received Applied Behavior Analysis (ABA) and other support services from Easterseals. The family’s commitment to therapy services have helped Adam progress. “He is able to speak directly with almost everyone, play with kids his own age, ask for a break when he needs it or negotiate for more time instead of breaking down. He can express his thoughts clearly and can make his own snacks like most children his own age,” Ana says.  Adam’s parents say Easterseals helped them build their own skills to help Adam succeed. “Our journey with Adam on the Spectrum is far from over, but we are thankful for Easterseals for starting him on a strong foundation to grow on. Watch a video about Adam's story at our 2017 Annual Report website. 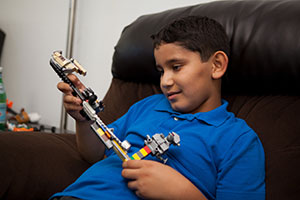 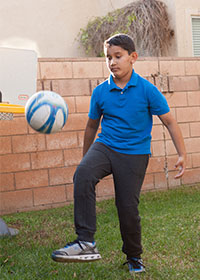