Home > _Easterseals Southern California > Who We Are > History 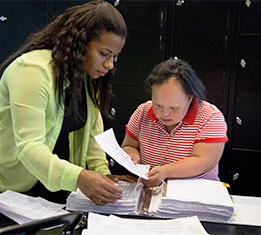 Easterseals offers indispensable resources to individuals and families living with a disability. Our best in class, inclusive services are provided through a network of 73 local Easterseals in communities nationwide, along with four international partners in Australia, Mexico, Puerto Rico and Canada. Easterseals offers hundreds of home and community based services and supports—categorized into five distinct support areas: Live, Learn, Work, Play and Act.

Nationally, Easterseals is committed to supporting the more than 1.4 million people it serves each year and is prepared to respond to the needs of the one in four Americans living with disability with outcomes-based services for all disabilities throughout the lifespan.

Easterseals has also served transitioning military, veterans and their families and caregivers since WWII and continue to be the “go to” resource for them to help ensure their successful transition to civilian life. ESSC is proud to provide veteran employment support locally via our Bob Hope Veterans Support Program. 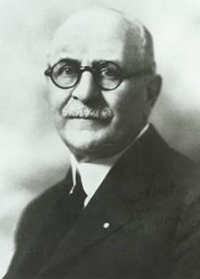 In 1907, Ohio-businessman Edgar Allen lost his son in a streetcar accident. The lack of adequate medical services available to save his son prompted Allen to sell his business and begin a fund-raising campaign to build a hospital in his hometown of Elyria, Ohio. Through this new hospital, Allen was surprised to learn that children with disabilities were often hidden from public view. Inspired to make a difference, in 1919 Allen founded the National Society for Crippled Children, the first organization of its kind.

In the spring of 1934, the organization launched its first Easter "seals" campaign to raise money for its services. To show their support, donors placed the seals on envelopes and letters. Cleveland Plain Dealer cartoonist J.H. Donahey designed the first seal. The lily - a symbol of spring - was officially incorporated as the National Society for Crippled Children’s logo in 1952 for its association with new life and new beginnings.

Expansion of the organization

In 1945, the vision was expanded across the country to communities nationwide when services were opened to adults and returning WWII veterans. 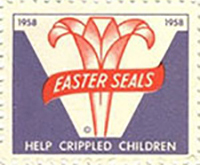 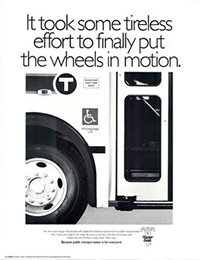 In 2019, Easterseals celebrates 100 years of impact in the lives of individuals with disabilities or other special needs, their families and communities throughout America as a powerful advocate and leading provider of innovative services. In marking this milestone, Easterseals reflects on its legacy of delivering equality, dignity and independence to people with disabilities while embracing a future where every one of us is 100% included and 100% empowered.