Home > _Easterseals Blake Foundation > Who We Are > Stories Of Hope

Faces Behind the Seal 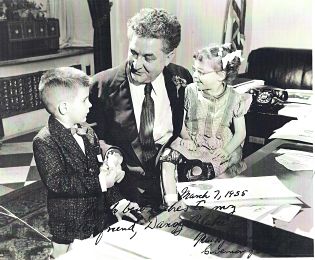 After enduring a particularly grueling childbirth, danny was diagnosed with Cerebral Palsy and it was recommended that he be immediately placed in an institution. His parents staunchly refused and took their son home to join his family. At home, danny was like any other member of the family, with chores and responsibilities.  In 1955 at the age 5, danny was named the Easterseals Child of year and was photographed with Governor Laushe of Ohio.

There was no such thing as “inclusion” in 1958 – anyone different was separate. However, it didn't take long for danny's educators to realize that his “differences” were only surface level. In the third grade he moved into the general education population. Initially danny remembers being, tormented, teased, and even physically beaten by his peers. While many children would let this treatment deter them from school, danny persisted, and within two years his tormentors became his friends, supporters, and motivators. By his senior year he was the school President, editor of the school yearbook, and graduating near the top of his class with a 3.8 GPA.

He attended Miami of Ohio for his freshman year and then moved with his family to Arizona, and enrolled in Arizona State University to complete his Bachelors and ultimately received a Master's Degree in Social Service Administration.  After graduation, he moved to San Francisco but despite his qualifications, he was only offered employment at the local Cerebral Palsy Center, where he became an agency spokesperson and disability advocate. He spoke/taught courses on emerging issues of the decade like Sexuality and Disability. When he returned to Southern Arizona in 1985, he became a board member of the Cerebral Palsy Foundation of Southern Arizona.  He was instrumental in helping the agency obtain a half-million dollar grant from Angel Charities, giving the final speech on hope and perseverance, which left the entire room in tears. By 1993, Cerebral Palsy Foundation of Southern Arizona was serving more than just those with Cerebral Palsy and decided to change their name to The Blake Foundation, in honor of danny. In 2006 the agency became an Easterseals affiliate. danny remains on the Board of Directors and is a past Board President.

danny spells his name with “d” in order to carrying his experiences as a youth with him in his adult life. Thankfully, the world is a different place for people with disabilities today.  danny’s life serves as a reminder of how far we have come and the work left to do. 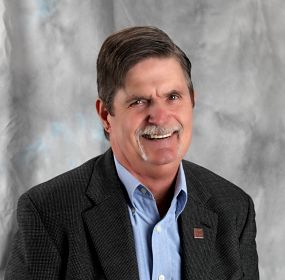