Miah: A non-stop bundle of energy

At 6 years old, Miah Dillingham is a non-stop bundle of energy! She rarely stops moving and nothing seems to slow her down — not even the fact that she happens to have disabilities. 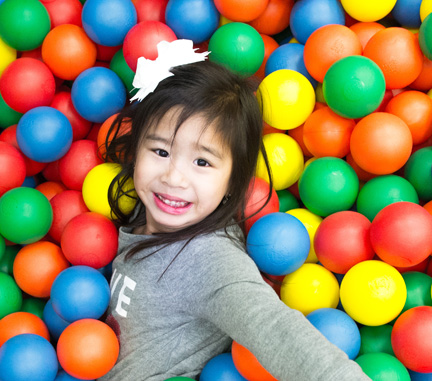 Miah was born in China with a neuromuscular condition, hip dysplasia and club feet. When Jara and JT Dillingham adopted Miah, she was almost 2 years old and wasn’t walking. Soon after bringing her home to Newburgh, IN, the Easterseals Rehabilitation Center became an integral part of their lives.

Easterseals therapy helped Miah learn to walk for the first time. Since then, she’s worked hard to build her strength, balance, and range of motion.

Miah’s condition requires periodic surgeries on her hips and legs. After those procedures, her Easterseals therapist always helps Miah get back on her feet and regain her ability to walk.

Miah isn’t satisfied with just walking! She has learned some dance moves, she likes riding horses, and she’s even trying out gymnastics!

There are many more surgeries, goals and achievements in Miah’s future. With your support, the Easterseals Rehabilitation Center will be here for Miah and her family every step of the way.

Easterseals Posey County is on the job

Find out how our services can help your family.