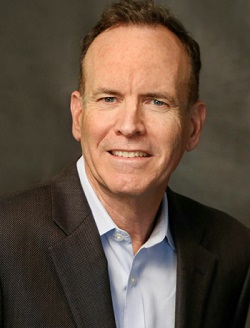 Jonathan Murray is credited with inventing the modern reality television genre. One of the Executive Producers and co-creator of MTV's The Real World, Road Rules and The Challenge, his latest critically acclaimed series, Born This Way, features families touched by Down Syndrome. Easterseals sat down with Jon to learn more about his vision for the series, now in its second season on A&E.

Q: Tell us about the development of this series – what was the vision? And how did a bigger societal goal fit into that?

A: From the beginning, I’ve always been interested in putting people on TV who you don’t typically see. On The Real World, for example, we featured many diverse groups – people of different races, upbringings, etc. – and during that time I began see the power of featuring people with disabilities in particular.  I learned very early on that featuring people with disabilities presented a fantastic opportunity to focus on the abilities and life moments we all share rather than our differences.

With that in mind, we decided to create a documentary type series – featuring seven adults ages 22-32 who happen to have disabilities. We soon discovered that the local Down Syndrome community is very close and that potential cast members already had a history together. They were well suited for the series we envisioned, and their history together makes the show authentic.

Q: The series has been so well received. Why do you think that is?

A: The show tackles relatable themes for all of us. But on top of that, I think people with Down Syndrome are willing to be more direct and honest about what they’re facing than others might be. The cast gives us an honest look at change, vulnerability and the work it takes to achieve what we want out of our lives. And that’s appealing.  We can all learn from that and see ourselves in similar situations.

Q: Has anything surprised you? What have you personally learned from the stars of the show? 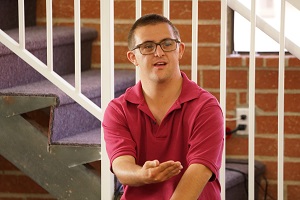 One of the seven cast members on 'Born This Way'. c/o A&E Network/Adam Taylor

A: When we first interviewed the cast, most still lived at home – not all were fully independent. We soon realized that their families would be a big part of the show, and that was a surprise. When someone in a family has a disability, everyone seems to rally.  These families are made up of people you want to know and watch. There is an abundance of love – and everyone contributes – it’s a two-way street.

Q: You touched on the parent angle. Can you talk about that more? The interdependency as cast members take steps to be more independent. What lessons are there for all of us about what it takes to become productive member of society?

A: The cast members are older this season … they are continuing to come into their own, and yet that can be challenging.  Special accomodations are needed, and you’ll see the parents on the show trying to strike the right balance between giving their kids the support they need and letting them go. Our goal is to help the audience look at each individual, and to show each parent helping them be the best they can be.

Q: We've come a long way in terms of how people with disabilities are portrayed in media and entertainment, but it can still be a fine line. What is one of the challenges – something you are very intentional about – with this show?

A: We do feel a responsibility to our cast members, and we think carefully about what we show.

I’ve seen so much growth among the cast since Season 1 – sometimes they show such sensitivity to each other and they work out any issue themselves.

Q: Since stepping down as chairman of the company you founded, you are now able to focus on producing more than in recent years. Is this one of your passion projects?

Very much so. My first love is producing and bringing a project to life. I’m very proud of the work we’re doing.

Tune in to Born this Way on A&E tonight.

Next, check out our exclusive interview with 'Speechless' executive producer Melvin Mar!