Breaking Past Fears of Dating

Chad Cunningham Opens Up About His Road to Find Love 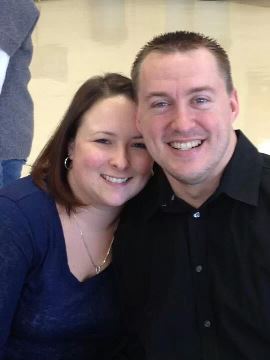 Chad Cunningham is a catch. He’s a handsome (see photo for evidence), laid-back 34-year-old guy who loves sports and has a solid job in Peoria, Illinois’s Easterseals development department, which he was drawn to because he wanted a career that involved helping people. He’s brawny with a big heart. What more could a girl ask for?

So why is it that he delayed dating until his early-to-mid-20s? “I was no Zach Morris from the TV show Saved by the Bell,” he says, chuckling. The truth is, he had some fears related to his disability. He was diagnosed with cerebral palsy when he was 18 months old. His parents were told he’d never walk, but while receiving therapy from an Easterseals center in Peoria, Illinois, from age 18 months through 18 years, he belied that prediction.

In some ways, dating may have seemed a bigger hurdle to overcome than learning to walk. “I’d think, ‘Oh my gosh, is my date going to notice [that I have a physical disability] as soon as I get up from the table, and will that be the end of the date? How long will it take her to notice my disability? Will she accept me?’”

Then, women started to ask him out. He realized that the biggest barrier to his dating was attitude. He was so concerned about being defined by his disability, and judged for it, that he wasn’t being open about it. He decided to not be afraid to talk about his disability. 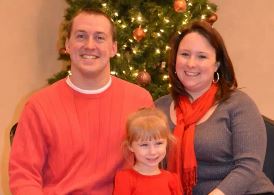 “My biggest dating advice to anyone with a disability is to love yourself first, respect yourself, and be willing to share who you are and where you want to go,” Chad says. “Don’t be afraid of rejection and keep the faith. The right person is out there.”

Indeed. While dressed as a Teenage Mutant Ninja Turtle at a Halloween party in 2012, he met Kindra, who was Little Red Riding Hood. They hit it off and got engaged on December 1, 2013, next to a lit Christmas tree. Her 3-year-old daughter Lydia calls Chad, “Chaddy,” and they’re excited to one day grow their family. 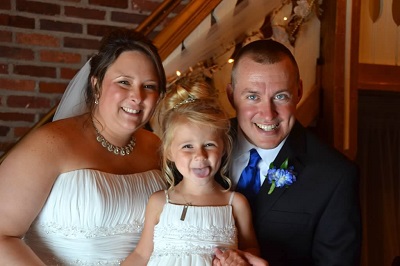 They wed in August 2014, so this is catch off the market. And five months after his wedding, he let Easterseals in on a not-so-little secret: They're due to have a baby in June 2015. Congratulations, Chad, Kindra and Lydia!

Read all of our stories and advice on dating, relationships and disabilities.