Home > _Easterseals Colorado > Who We Are > Leadership

Roman Krafczyk’s relationship with Easterseals Colorado dates to 1982 beginning as a volunteer and eventually Camp Director of Rocky Mountain Village, Easterseals Colorado’s camp.  He has since led The Seed Foundation and Boulder Volunteers. Roman has a degree in Sociology and Human Services from Fort Lewis College in Durango, CO. Roman has three children and believes deeply in being part of an organization that promotes independence for individuals with disabilities. In 2018, Roman was promoted to CEO & President.  Previously, Roman was Chief Operating Officer, in which he supervised all program operations and directed business development.

Email kkoev@eastersealscolorado.org  |  Phone 303.233.1666 x 222
Krasimir Koev is from Bulgaria and has a Bachelor of Science in Electronics and a Master of Science in Economics. Krasimir served in the Bulgarian military specializing in communications. Krasimir's tenure with Easterseals Colorado started at Rocky Mountain Village, where he was responsible for marketing and facility oversight, and then as Camp Director. In 2021, Krasimir changed roles to oversee and manage all programs and day-to-day operations as the COO.

Email kerdahl@eastersealscolorado.org  |  Phone 303.233.1666 x 229
Kerry Erdahl came to Easterseals Colorado in the beginning of 2018 where she had a passion for working for an organization with a great mission. Kerry graduated with a Bachelor of Science in Accounting at the University of Denver and has made a career of helping businesses streamline processes and procedures for maximum efficiency and effectiveness. Kerry has an all encompassed career progression in working in private, to public, to non-profit sectors. She lives in the beautiful mountains of Evergreen and enjoys walking with her two dogs who love the cold and snow, and she enjoys reading books while relaxing on her deck that overlooks the Colorado Rockies.

Email mangel@eastersealscolorado.org  |  Phone 303.233.1666 x 237
Melissa Angel is from Sioux City, IA and attended Benedictine College in Atchison, KS where she received a Bachelor of Science in Sociology. Melissa has lived in Colorado since 1995 and loves to hike and watch scary movies. She joined the Easterseals Colorado team in 2019 and is passionate about the mission and all Easterseals does to serve people with disabilities, older adults and caregivers across the State.

Email ldokter@eastersealscolorado.org  |  Phone 303.233.1666 x 223
Lisa Dokter has a heart for serving people with disabilities.  Having grown up with two family members with cerebral palsy and developmental delays. as well as spending most summers as a camp counselor for weekend camps in Southern California, it was natural that Lisa would work for Easterseals, the leading provider of disability services. Lisa began her tenure with Easterseals Southern California in 1999 in the afterschool programs for kids with autism and other developmental and physical disabilities. After leaving Southern California for college in the Aloha state of Hawaii, she returned with a Bachelor of Arts in Sociology and Women’s Studies to Easterseals Southern California as Regional Coordinator of East Los Angeles and Orange County.  Through this experience, Lisa became a skillful fundraiser eventually moving from the program side to development. In 2009, Lisa moved to Colorado and started to fundraise for Easterseals Colorado as the Development Director and then became the VP of Development and is now serving as the VP of Special Projects.

Email sbrown@eastersealscolorado.org  |  Phone 303.233.1666 x 266
Sharon oversees Easterseals Colorado's major gifts, planned giving, and annual campaigns, ensuring a robust pipeline of individual philanthropic support. Sharon has over 20 years of experience in fundraising having previously held development positions with Camp Fire National, PetAid Colorado, University of Denver, and The Cable Center. Sharon earned status as a Certified Fundraising Executive (CFRE) in 2015 and is a graduate of Metropolitan State University. She is a member of the Association of Fundraising Professionals and the Colorado Planned Giving Roundtable. Sharon has lived in Colorado since she was nine and currently resides in Lakewood with her daughter. Sharon enjoys running, reading, and classical music. 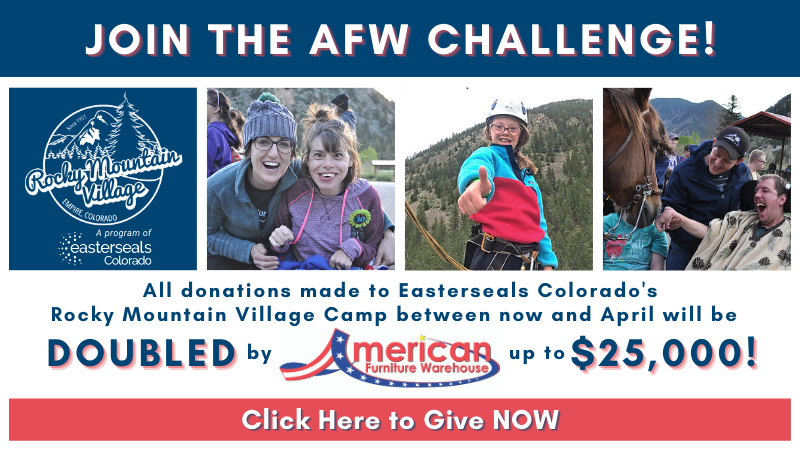