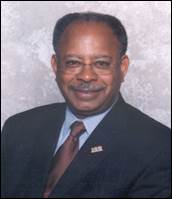 Samuel H. Howard is the chairman of Phoenix Holdings, Inc., an investment holding company in Brentwood, Tennessee, that pursues business opportunities in health care. He is also the principal of SHH, LLC, a company engaged in the development of Drake’s Run, a real estate subdivision. He is the former chairman of Xantus Corporation, an investor-owned company that owns and operates health maintenance organizations.

Mr. Howard earned a B.S. degree in Business Administration at Oklahoma State University and a M.S. degree in Economics at Stanford University. He has held leadership positions in numerous community volunteer and professional organizations, including his service as board chairman of the Urban League of Middle Tennessee and the Nashville Chamber of Commerce, and has received numerous civic and community awards. The National Society of Fund Raising Executives named him the 1997 Philanthropist of the Year, and in 1999 he was inducted into Oklahoma State University’s Hall of Fame.

At the national level, Mr. Howard represented Easter Seals Tennessee as a member of Easter Seals National House of Delegates in 1994-2003. Elected to Easter Seals National Board of Directors in November 1996 to complete an unexpired term and re-elected in November 1998, Mr. Howard served as chairman of the Executive, Affiliate Services, Audit, and Convention Committees, and a member of the Fiscal, Program, Public Affairs, Board Nominating, Executive Evaluation & Compensation. Mr. Howard served as first vice chairman in 1999-2000 and chairman of the board in 2001-2003. Elected at the October 2012 board meeting as a lifetime board member, Mr. Howard serves as a member of the Executive Evaluation & Compensation Committee.