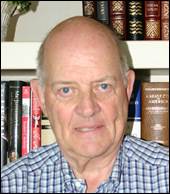 Elected to Easter Seals Board of Directors in November 1986 and re-elected in November 1989, Mr. Bradford spearheaded Safeway’s efforts to support Easter Seals programs in all Safeway locations. He has served as chairman of the Convention, Executive, Executive Evaluation & Compensation, MRSR, and Celebration Committees and the Ad Hoc Committee on Board Restructure and a member of numerous other committees. He was also a member of the Corporate Partnership Board, Easter Seals House of Delegates and the operational board of Easter Seals Nebraska. Mr. Bradford served as first vice chairman of the board in 1991 and 1992; chairman in 1993, 1994 and 1996; and immediate past chairman in 1995, 1997 and 1998.

In June 2001 the Robert E. Bradford Leadership Award was established in his honor to annually recognize and advance the leadership skills of a headquarters staff member who has demonstrated a strong commitment to Easter Seals and the potential for growth. Mr. Bradford was elected in July 2009 as a lifetime board member.