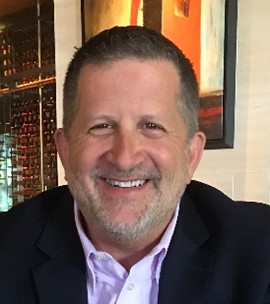 Joseph G. Kern’s involvement with Easterseals began in 1988 as a volunteer and participant in a Softball Challenge for Easterseals Florida’s Camp Challenge. His connection with that affiliate grew through his involvement in special events and his appointment as the first chair of Easter Seals Florida’s Central Florida Regional Advisory Board. Mr. Kern has been a member of Easter Seals Florida’s board since 1994 through today and has held the positions of chair, 1st and 2nd vice chair, treasurer and secretary, and has chaired the affiliate’s Fiscal, Program, Development and Strategic Planning Committees.

At the national level, Mr. Kern held numerous leadership roles within the Easterseals’ House of Delegates including serving as vice chair of the house in 2005-2006 and as chair in 2007-2008. First elected to the Easterseals Board of Directors in 2009, he served two, three-year terms as a House of Delegates elected Board Member. In 2014, Joe agreed to serve on the Board as a board-elected member and was elected board chair in 2016 for a two-year term. In the fall of 2020, Joe was elected as an honorary Lifetime Member of the Easterseals Board.

Joe retired as Senior Vice-President, Division Counsel - Development Law, with Darden Restaurants, Inc., the publicly traded company that owns and operates over 1,800 casual and fine-dining restaurants throughout the United States under the Olive Garden, Bahama Breeze, Longhorn Steakhouse, The Capital Grille, Yardhouse, Eddie V’s and Seasons 52 brands. He is an experienced real estate and leasing professional with an emphasis in the restaurant industry. He earned his bachelor’s and law degrees at the University of Florida in Gainesville, Florida.