Home > _Easterseals Washington > Who We Are > Stories Of Hope

All the way from Tunisia: Yassine fulfills his dreams at Camp Stand By Me 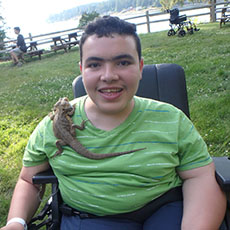 When 16-year-old Yassine was unable to participate in a foreign exchange program due to his personal care needs, he wasn’t sure if he would be able to fulfill his dream of living and learning in the US. Thankfully, Yassine and his sponsor organization found Easterseals Camp Stand By Me.
Read more 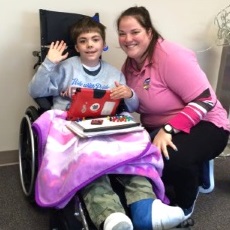 For children with autism, sometimes facing the unknown can be their biggest challenge. New people, new places, and new experiences can be frightening and lead to outbursts. That is just what one of our learners from the Olympic Peninsula Autism Center (OPAC) faced recently.
Read more 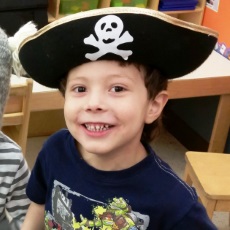 From having outburst and tantrums to being a leader in the classroom; Dylan's progress at our Easterseals Growing Years has been remarkable. Dylan has been at Easter Seals Washington’s Growing Years Child Development Center since he was a toddler. As he got older and moved into preschool he started developing issues with anger and frustration that led to outbursts and tantrums. Suspecting Dylan may be battling something like a Sensory Processing Disorder or Autism Spectrum Disorder, the teachers and leadership team at Growing Years worked closely with Dylan’s family and outside resources to get him the assistance he needed. His progress since has been amazing.
Read more

Jayden is full of smiles at Angle Lake 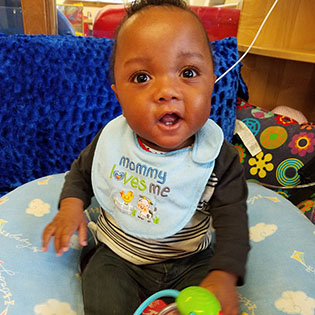 When Jayden came to Easterseals Angle Lake Child Development Center in Seatac, his mom, Renita, knew he would be in good hands. That’s because Renita is the Program Director at Angle Lake.
Read more 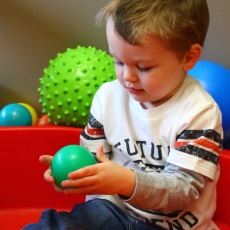 Kirian was diagnosed with Autism at the age of 2. His mother, Jessica, noticed that his vocabulary wasn't developing the same as other children his age; he was having trouble forming words and getting frustrated when no one understood him. That all changed when they came to the Olympic Peninsula Autism Center.
Read more 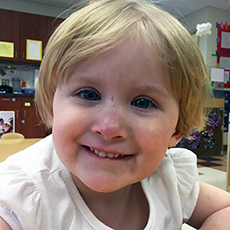 When she started in our toddler one classroom she remained in one place unable to move around the classroom unless carried by the teachers, but Olivia made strides daily. She watched the other children and was delighted to be around them; flashing a big, warm smile and clapping her hands in excitement.
Read more

Sam Thrives at Camp Stand By Me 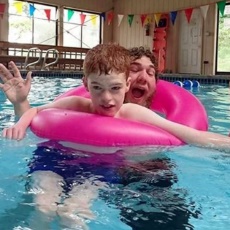 When Sam first came to Camp Stand By Me, his mother admits she was nervous. Sam had never been away from home before, and has had behavior problems in the past due to his disability. Now, Sam has been back to Camp for 3 years in a row, and he absolutely loves it.
Read more

Thriving Together at Growing Years 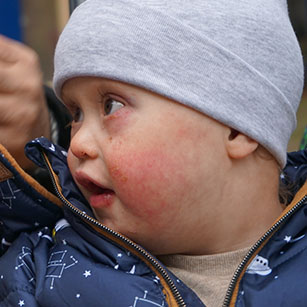 Gabriel has Down Syndrome and complex medical needs that many programs would not be able to meet. At Growing Years Child Development Center in Seattle, we embraced Gabriel and worked with his mom and his doctors to learn how to provide the daily care he needs. Today, he's thriving and making a lifelong impact on his peers.
Read more 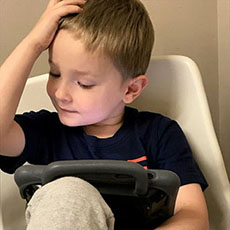 The impact that a communication device can have for a child with autism is amazing—often giving them a voice for the first time in their life. The right technology can help a child to increase their communication, independence, and social interactions.
Read more