www.easterseals.com > _Easterseals Rhode Island > Who We Are > Stories Of Hope 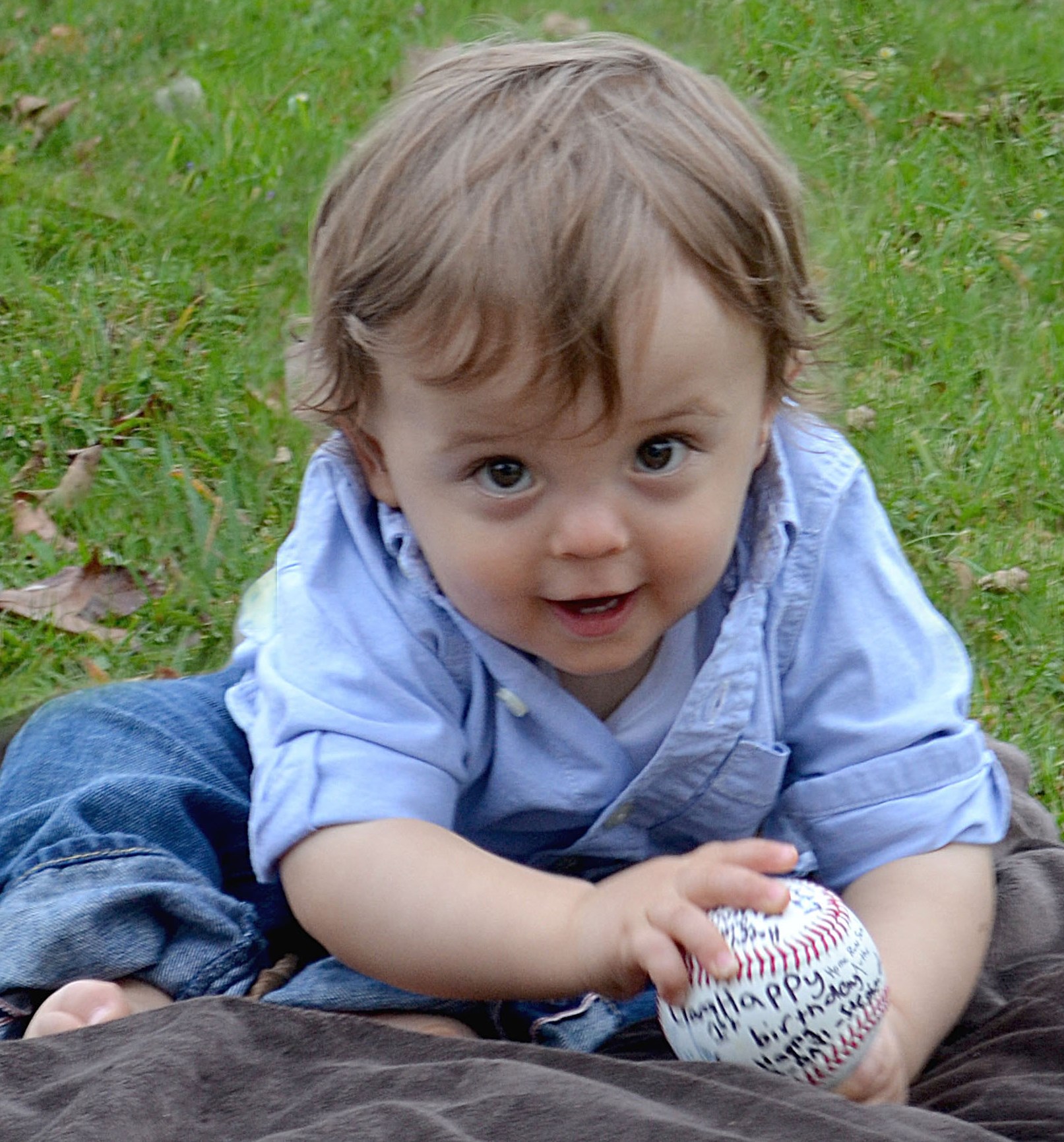 Vanessa and Mike eagerly awaited the arrival of their second child. In May 2013, four months before their son was due, Vanessa experienced complications and was rushed to the hospital. After six days of hospital bed rest, Vanessa gave birth to Sam.

“It was all a whirlwind,” said Vanessa. “The labor and delivery team were great, but he was so small. He weighed 2 pounds, 3 ounces.”

Due to Sam’s size he was prone to medical complications such as strokes and infections, and had to remain in the hospital until he was stronger.

“It was a struggle for us,” said Vanessa. “We would be with Sam during the day, and then come home and be with our three-year-old son at night. Luckily, we have a strong support system in our family members and friends.”

Sam was in the NICU for 112 days. He endured many medical issues during his first four months of life. He had a tumor on a blood vessel behind his eye which needed attention. He experienced breathing and lung issues due to being intubated. And, he needed to be able to breathe and eat on his own before the doctors would let him go home.

Vanessa did everything she could at the hospital for Sam including holding him for comfort, and singing and talking to him. Finally on September 12, Sam was able to go home.

Prior to leaving the hospital, the doctor recommended Vanessa and Mike seek Early Intervention services to assist Sam with the developmental delays he would most likely experience. After reviewing the list of providers available, the family chose Easter Seals RI.

“As a Speech Pathologist, I had heard of Easter Seals before, and knew they had an outstanding reputation,” said Vanessa.

Unfortunately, Sam experienced a number of sick days after coming home and the family had to delay his therapy sessions. But that didn’t stop Carol and the Easter Seals team from connecting with the family.

“Easter Seals is not just for Sam, but the whole family,” said Vanessa. “We would talk about goals for Sam as well as the family. They recognized the need of the parent as the primary caregiver.”

Once Sam was feeling better, Carol started play-based physical therapy with him. He would work on the mats and play with toys. She started by teaching him how to roll over, and eventually how to sit up. The next step was learning how to crawl. At first, Sam experienced difficulty with this goal because of his weak shoulders. But, that didn’t stop Carol. She worked on strengthening his upper body, so that he could hold his head up and move forward.

“We are so proud of Sam and all of his accomplishments,” said Vanessa. “The doctors told us that Sam would overcome each obstacle at his own pace, but there wouldn’t be anything he couldn’t do.”

In June 2014, Sam began Occupational Therapy to help introduce him to new foods and textures, as well as improve his movement and motor skills.

Today Sam is flourishing. He communicates verbally, walks, and interacts with big brother Jacob. Sam loves to play with his Thomas the Tank toys, and enjoys singing too.

“It is so rewarding to watch him succeed at so many things,” said Vanessa. “We aren’t sure where he would be without Easter Seals. We are thankful for this caring and loving organization that provides therapeutic support for the entire family.”