Home > _Easterseals Rhode Island > Who We Are > Stories Of Hope 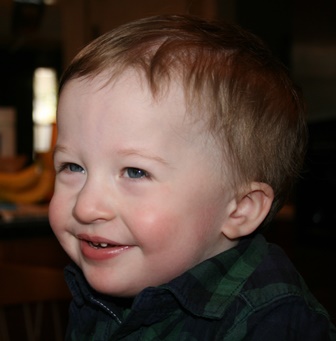 Building Confidence for a Brighter Future

Heidi and Chris welcomed their baby boy Ben into the world in January 2013. He was your typical baby boy who loved to laugh and play.

At nearly 10 months old, Ben’s daycare noticed he was starting to show signs of developmental delays.

Heidi knew all children developed at different rates, so she decided to wait a little while and continued to keep an eye on her son. At Ben’s 12-month checkup, Heidi mentioned her concerns to the pediatrician – mainly because Ben still wasn’t crawling or exploring his surroundings.

The pediatrician suggested that Heidi contact Easter Seals RI to be evaluated. Ben received a full developmental evaluation by the Easter Seals’ team and presented delays primarily due to weakness and low muscle tone.

“Easter Seals has been tremendously helpful with getting Ben to where he needs to be,” said Heidi. “Due to his therapies, his gross motor skills are improving.”

Since beginning Physical Therapy, Ben has learned to move his body to play. He is walking along furniture, exploring things around him, and has started to take independent steps.

“Having Ben explore was very important to us,” said Heidi. “If he’s not exploring, he’s not learning.”

Ben also works on the gymnastics ball to help strengthen his core. Having a stronger core assists him in all areas of development by providing him a strong foundation.

Occupational Therapy focuses on his fine motor skills and self-help skills.Ben is now able to release a toy into Mom’s hand when prompted.OT has been instrumental in working with Mom to improve Ben’s self-feeding skills.

Through Speech Therapy, Ben has started repeating sounds, and making eye contact when being spoken to. He is currently using pictures to make choices during play, and is using more gestures and signs to communicate with his family.

Music therapy stimulates various parts of the brain and is very motivating to Ben. He works with his therapists on finger movement, and he plays instruments to help define the use of his hands. He loves it when he gets to play the tambourine or the shaker eggs. Not only does it make a fun noise, which entices Ben to want to learn and practice, but it helps him with hand control. He is now holding and shaking his own egg, something he was previously unable to do.

“It is amazing to not only witness the major milestones such as crawling or walking, but all the little ones too,”  said Heidi.

“Easter Seals has been great to work with. They have not only worked with Ben, but with our family too,” said Heidi. “It’s nice to know there are professionals to help children with special needs and their families. We didn’t know what our next steps should be, and Easter Seals was there to help us. They basically handed us a road map of what we needed to do to help our son. We are so proud of Ben and all he has accomplished, and we are happy to know he is among the people that Easter Seals has helped.”