The Best Comic Characters with Disabilities!

Sarah Sawyers-Lovett, a comic book-loving blogger and podcaster at Book Jawn, writes about her favorite characters and comics that feature disability. Let us know your favorites in the comments below! 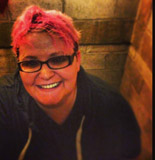 I came to comics at around the same time that I was dealing with being queer. It makes a ton of sense that people with disabilities relate to comics in the way that lots of other marginalized folks do. Often, the heroes are misunderstood or misrepresented by the people they protect and serve. Sometimes their power is as much of a limitation as it is a gift, and frequently, all of the crime-fighting is done at night, in secret. There are tons of awesome things to love about comics, but for me the subtext has always been key. I started out reading superhero comics because they were what was available, but got pretty tired of the stereotypically white, straight, cisgendered dudes getting all the glory. I started reading indies as soon as I had access to them and beyond that, seeking out comics that were less homogenized and more inclusive of people of color, people with disabilities, and queer folks.

For my money, I’m interested in comics with a robust, diverse cast that explore issues, in depth, related to the characters. What I am not interested in (and am frequently annoyed by) are titles with a token character who only appears enough to get a checkmark for representation. That isn’t honest diversity. It’s pandering. For the purpose of this list, we’re going to ignore single issue/single topic characters and “very special” issues of long-running comics, and focus on characters with physical disabilities that are part of their narrative. This isn’t meant to be a comprehensive list - and hopefully, it’s a rapidly growing one. 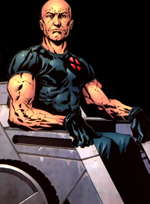 If we’re talking about disability in comics, we should start with the superheroes. No one is more super or heroic than Charles Xavier, leader of the X-Men and defender of mutants and humans alike. Professor X was crushed by a massive stone block during his college years, but his intensely powerful brain makes him a force to be reckoned with. He is able to manipulate people and objects with his mind, and is arguably the most powerful comic book hero in the existence of the world. I’d like to see Marvel give him his own title like they have for Wolverine and Gambit (among others). 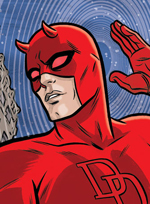 Matthew Murdoch’s origin story is pretty close to Spiderman’s. He was saving a dude and got hit by a truck carrying radioactive waste. He lost his sight in the accident, but all of his other senses were supernaturally heightened. If you haven’t read any of these comics, you should. He gets around ok and his crime-fighting is frankly brilliant; but what makes Daredevil great is Murdoch’s humanity and intelligence. He practices law by day to bring down the criminal elements he can with the help of the court. But at night, he pursues evil that escapes the long arm of the law. 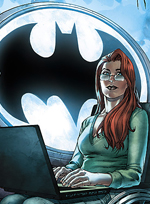 Look. I’ve got some complicated feels about Oracle, ok? I bet we all do. After Barbara Gordan (then Batgirl) was shot by the Joker, she was paralyzed. She isn’t actually a huge part of the comic in which she’s shot; she’s used to manipulate her father and, as such, has no real agency in that title. She’s injured by one dude trying to hurt another dude. What? Later, she teams up with Black Canary (and other heroines) to form Birds of Prey, where she acts as sort of a mission control. Later still, her character undergoes physical rehabilitation and regains 100% mobility – the kind of miracle that only happens in comics. One of the only women with a disability in comics, I feel that this plot twist took something from people who identified with BG and didn’t offer a lot in return. 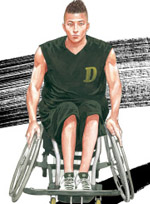 I’m not such a manga/anime fan, if I’m being honest. But when I asked the dude at my comic shop for suggestions, he grabbed this from the shelf without hesitation and thrust it at me. I started to protest that I didn’t really know how to read manga, but he explained it briefly and waved off my concern. In this book by Takehiko Inoue, Takahashi is disabled in an accident and Togawa loses part of his right leg after a serious illness. Both guys take up wheelchair basketball and bond with Nomiya, who is haunted by guilt after injuring a girl in a bike accident, though he isn’t disabled himself. The art is really gorgeous and the characters are all complex and nuanced in ways that I’d like to see more of. I assumed I wouldn’t like this because it was about basketball, but I like it more for having exposed me to a sport I seldom would think about otherwise. 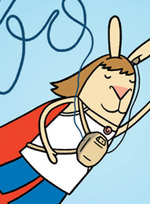 (Check out the Easterseals' blog post written by Cece Bell!) This was one of the best things I read last year. Cece Bell’s graphic memoir of growing up deaf is told, ironically, with the characters in her life depicted as bunnies. Bell’s drawing style is amazing – bright, engaging, and adorable. But the moments of bittersweet humor and tender empowerment are where her book really shines. Starting at a mainstream school is tough at first, for Cece, whose differences are highlighted by an oversized Phonic Ear that she wears to hear what her teacher is saying. Soon, the thing that makes her different also transforms her into El Deafo, who can tell what’s happening when her teacher is out of the room. This allows her and her classmates to goof off when her teacher is away, but to beware of her approach and get in their seats and look like hard-working students when she returns. This is so much a book about childhood that the word disability doesn’t appear in the text at all. It makes sense that it wouldn’t. At age 5 or 6, Bell might not have had that word in her vocabulary. She might have been aware of her differences, and maybe even aware of how they affected her friendships and relationships, but not in a way she could apply that language to. 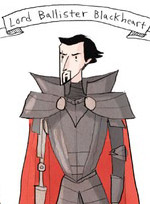 What suggestions do YOU have to add to this list?