Celebrating the 100th Anniversary of Easterseals

In honor of the 100th Anniversary of Easterseals, Albany Mayor, Dorothy Hubbard presented a Proclamation on behalf of the City of Albany congratulating Easterseals on 100 years of impact in the lives of individuals with disabilities, their families and communities.  Easterseals Southern Georgia board members, Easterseals staff, community representatives along with representatives from various legislative offices attended the celebration. 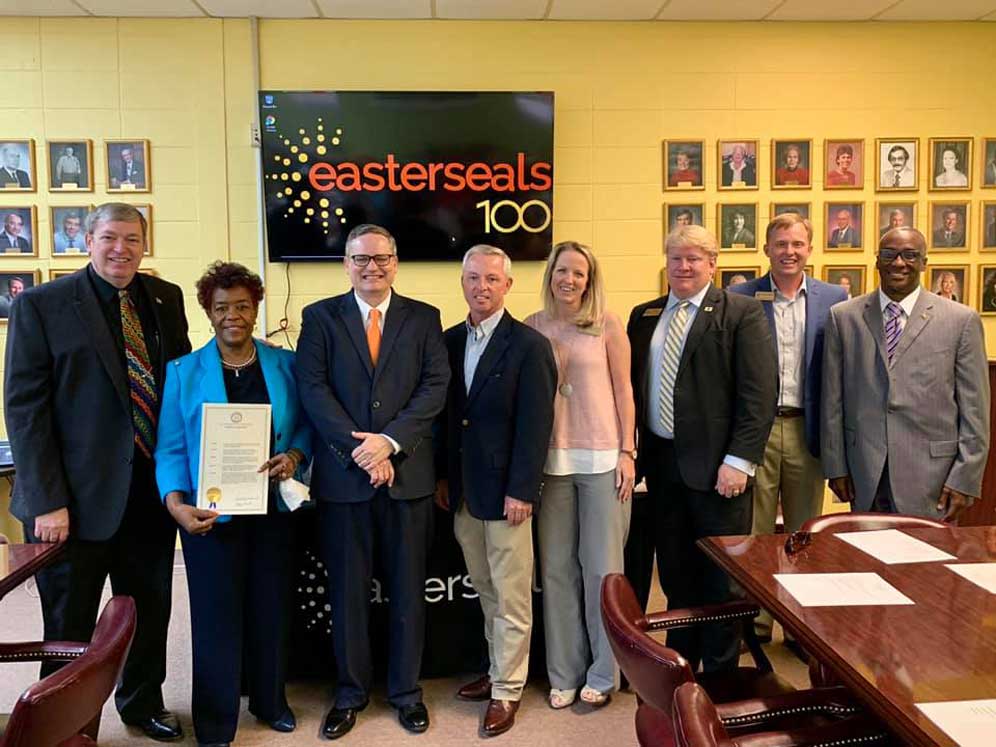 Register now for a Walk With Me near you!