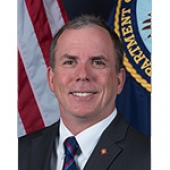 Dr. Rory A. Cooper is Founding Director and VA Senior Research Career Scientist of the Human Engineer Researching Laboratories at the University of Pittsburgh where he also serves as FISA & Paralyzed Veterans of America Professor and Distinguished Professor of the Department of Rehabilitation Science and Technology, and professor of Bioengineering, Physical Med and Rehab, and Orthopedic Surgery. He is an adjunct professor in the Robotics Institute of Carnegie Mellon University as well as of Physical Medicine and Rehab at the Uniformed Services University of Health Sciences. Named an Honorary Professor at Hong Kong Polytechnic University and Xi’an Jiatong University where was awarded an Honorary Doctorate, Dr. Cooper has authored more than 350 peer-reviewed journal publications and has more than 20 patents awarded or pending. The author of two books, he and his work have been covered by The New York Times, Washington Post, Time magazine, CNN, Forbes, NBC, ESPN, NPR and other national and international media outlets. Dr. Cooper earned his B.S. and Master in Engineering degrees in electrical engineering from California Polytechnic State University and earned a Ph.D. in electrical and computer engineering with a concentration in bioengineering from the University of California at Santa Barbara. In 1988, he was a bronze medalist in the Paralympic Games in Seoul, Republic of Korea, and was awarded the International Paralympic Scientific Achievement Award in 2013. An elected Fellow of the National Academy of Inventors, Dr. Cooper is the recipient of numerous awards including the Samuel E. Heyman Service to America Service Medal, the Secretary of Defense Meritorious Civilian Service Medal, and the National Guard Bureau “Minute Man Award.”

Elected to the Easterseals National Board of Directors in 2020, Dr. Cooper currently serves as member of the Development and Marketing Committee.