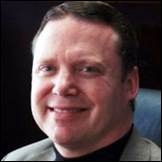 Kent Schien is the chief executive officer of Innoventor Engineering, Inc., in St. Louis, Missouri, a company he founded in the basement of his home in January 1996. Within 10 years he built a multi-disciplined team of over 80 engineers, which supports customers in multiple industries. Innoventor’s core competency lies at the intersection of a customer’s problem (production, process or product development) and an innovative technical solution. Mr. Schien led his company to be a four-time recipient of the “St. Louis Region Top 50 Company” award. In 2007, he received the “Missouri Small Business Person of the Year” award issued by the U.S. Small Business Administration.

Mr. Schien earned his B.S. degree in Mechanical Engineering from the University of Illinois, and his M.S. degree in Engineering Management, as well as a Graduate Certificate in Technological Enterprise, from Washington University in St. Louis. He has been active on the University of Illinois Engineering School’s Mechanical and Industrial Board of Directors since 1997. He received the board 2008 Constituent Leadership Award that recognizes alumni for service at the college or department level and currently serves as its first president emeritus of its alumni board. He is also a member of the St. Louis Science Center Board of Trustees, an advisory body whose mission is to interest in and understanding of science and technology throughout the community.

Mr. Schien has been involved with Easter Seals Missouri since 1986 through today. He is a passionate advocate for individuals with disabilities, both as a volunteer and as a parent whose son who has received Easter Seals services as both a child and a young adult. He has held various offices on the board, including two terms as chairman, and was named Easter Seals Missouri’s Volunteer of the Year twice - in 1990 and 2005. Mr. Schien was recognized in 2004 as an Exceptional Parent of the Year at a pre-game ceremony on the field of the St. Louis Cardinal game by Exceptional Parent Magazine.