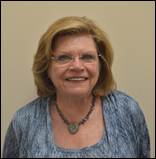 Kathleen C. Daly is retired senior vice president and chief financial officer of Messer Construction Company headquartered in Cincinnati with regional offices in five states. While she retired in 2010, she continues to serve Messer in a consulting role.

Kathy received a B.S. in Accounting from the University of Dayton in 1968. In 1970 she joined Messer as a field accountant on a major project for Procter & Gamble. In 1990, she was part of the leadership team that executed an employee buyout of the privately held company and was appointed vice president and chief financial officer (CFO). In 1999, Kathy was appointed senior vice president (continuing as CFO) and to the Executive Committee. Her areas of responsibility included accounting, finance, administration, risk management, and information technology. She was a member of the Board of Directors and a Trustee of the Employee Stock Ownership Plan (ESOP).

Kathy served as a board member at Easter Seals Tri-State (formerly Work Resource Center) for nine years until she reached her term limit in 2009. During her time on the board, Kathy served on the executive committee as treasurer and was involved in both the launch of their social enterprise, Building Value, and their affiliation with Easter Seals. Kathy currently serves on the board of the employee Owned S Corporation of America and is a Sisters of Notre Dame, Retirement Plan Trustee. Her past volunteer experience includes serving as chapter chairperson, executive committee member and treasurer of the American Red Cross, Cincinnati Chapter; past chairperson, board of directors, The Economics Center for Education and Research at the University of Cincinnati; member of the University of Dayton School of Business Advisory Council; board member, Spirit of Construction foundation of Greater Cincinnati, Inc.; member, Cincinnati Minority Suppliers Development Council; board member, Allied Construction Industries, as well as many others.

Elected to Easter Seals Board of Directors in October 2013, Ms. Daly serves as treasurer, chairman of the Finance Committee, and as a member of the Affiliate Relations Committee, Audit Committee and the Executive Committee. She also serves on the Easter Seals Foundation Board.