Fred J. Maahs, Jr. – 1st Vice Chairman of the Board 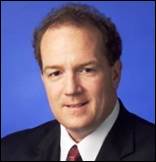 Fred Maahs joined Comcast in December of 2007 as the Senior Director, Community Investment - Programs and National Partnerships. In that role, Fred was responsible for the company’s national signature community investment programs - Comcast Cares Day, the Comcast Leaders and Achievers Scholarship Program, and the annual United Way campaign, as well as leading the company’s national partnerships with City Year and Big Brothers Big Sisters. He is now Director, Community Investment, Comcast Corporation, and Vice President, Comcast Foundation. He is responsible for the strategic leadership of Comcast’s national partnerships with organizations including Big Brothers Big Sisters, Boys and Girls Clubs of America, City Year, Easter Seals, Teach For America, and a variety of diverse partnerships at the corporate and regional level. In addition, he serves on Comcast’s Joint Diversity Council and is an Executive Champion of Abilities Alliance – one of Comcast’s new Employee Resource Groups.

Fred has worked for some of the country’s largest Fortune 500 companies. From 2004 to 2007, Fred worked for ARAMARK where he assumed the newly created role of Director of Community Relations with a focus on developing and implementing the company’s Star Teams initiative - a strategic, company-wide employee engagement program. This initiative encompassed more than 12,000 managers across North America and the UK and focused on strategic Star Team activities with an overarching goal to build business and enhance company image. Prior to joining ARAMARK, Fred was the Director of Communications for Easter Seals Delaware and Maryland’s Eastern Shore from 1998 to 2003, where he was responsible for all media, public and government relations, as well as internal and external communications for 13 locations throughout Delaware and Maryland. He also served on the National Easter Seals Communications Committee.

Fred has been involved in many community-based volunteer efforts for Easter Seals, served as Vice Chairperson for the Mayor of Wilmington’s Access Wilmington Committee, and served on the Winterthur Museum and Gardens Access Advisory Board. He is a national board member of the American Association of People with Disabilities, serves on United Way Worldwide’s Global Corporate Leadership Advisory Council and was chosen to lead the Corporate Sponsor Council for Big Brothers Big Sisters of America. He was selected to serve as one of the founding members of the National Advisory Council for the Arts for Boys & Girls Clubs of America. He also serves as a member of United Way of Southeastern Pennsylvania’s Employee Campaign Cabinet and is the Co-Chair of the Greater Philadelphia Corporate Volunteer Council. In addition, Fred is a WICT mentor, and is a proud Big Brother in the Big Brothers Big Sisters Beyond School Walls program in Philadelphia.

Fred has received numerous marketing and communications awards throughout the tri-state area. He was chosen by the Governor of Delaware as Employee of the Year in 2002 and was the first recipient of the John Jefferson Memorial Award in 2002. He received his B.S. in Business Management from West Chester University, an A.S. in Business from Widener University, is certified in Corporate Social Responsibility from the Center for Corporate Citizenship at Boston College, and resides in Wilmington, Delaware.

First elected to the board in May of 2013 as an honorary member, and as a board director in October 2014, Mr. Maahs serves as 1st vice chairman of the board.