Looking for that perfect book to get you in the Halloween spirit? Check out one of these ten books on everything from ghosts and evil faeries, to time travel and murder mysteries. Let us know your own spooky recommendations in the comments below! 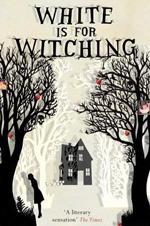 White is for Witching by Helen Oyeyemi: There’s something eerie about an old home with winding hallways, secluded rooms, and a deep family history. The Silver family inhabits the place now, and is mourning the loss of the matriarch; her sprit attempts to reach out to Miranda, her daughter, who goes missing one night – and only the people left in the house can tell the story. Oyeyemi’s brings her own style to the traditional gothic horror genre, and is possibly unlike any book you have ever read. Purchase White is for Witching on Amazon: Kindle and paperback. 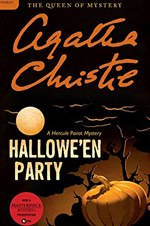 Hallowe’en Party by Agatha Christie: The Queen of Mystery (that’s an official title!), Agatha Christie, penned this novel about a young teen’s murder at a Halloween party. Christie’s most popular detective, Hercule Poirot, is sent in to investigate the case. He believes the girl was killed because she was witness to another murder; as he questions the local townsfolk, the mystery begins to unravel and secrets of the locals come to the surface. Agatha Christie takes the reader on yet another one of her exciting who-done-it cases with a brilliant ending. Purchase Hallowe'en Party on Amazon: Kindle, paperback, Audible, and hardcover. 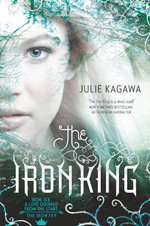 The Iron King by Julie Kagawa: When Meghan discovers that her father, who went missing when she was six, is a faery king, things get a bit weird. Suddenly, she is thrust into a fantasy world of Nevernever, with evil creatures bent on destruction, events that defy any sense of normalcy, and a handsome prince worth fighting for. The Iron King is a book about embracing your identity and discovering what is important to you; it’s full of gorgeous imagery, adventure, and love. Purchase The Iron King on Amazon: Kindle, paperback, and Audible. 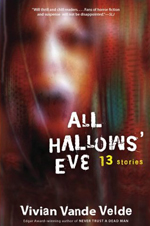 All Hallows’ Eve by Vivian Vande Velde: This collection of 13 scary short stories is perfect for those who prefer sampling various tricks and treats over reading longer, horror-filled novels. Each of these tales take place on Halloween, including themes of: haunted hayrides, frightening psychic premonitions, romps through spooky graveyards, and more. Curl up with a warm pumpkin-spiced latte (or not, we won’t judge), and give All Hollows’ Eve a go! Purchase All Hallows' Eve on Amazon: Kindle, paperback, and hardcover. 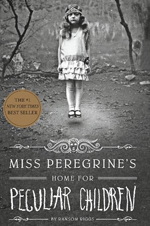 Miss Peregrine’s Peculiar Children Trilogy by Ransom Riggs: When family tragedy strikes, Jacob finds himself on a small island in Wales. After meeting a few locals, he discovers an old orphanage that once housed “peculiar” children – children who may have special abilities some would consider dangerous. What makes this book so special is Riggs’ use of actual found vintage photographs throughout the story. The final book, Library of Souls, was released this year, perfectly tying up this haunting tale. Purchase Miss Peregrine's Peculiar Children on Amazon: Kindle, paperback, Audible, and hardcover. 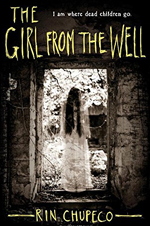 The Girl from the Well by Rin Chupeco: If you enjoyed the horror movie The Ring (or Ringu, the original Japanese title), then this is a must-read; it’s based on the same traditional Japanese ghost story of Okiku, with a modern twist. The narrator is the ghost of a girl who was murdered a century ago after being thrown down a well; she haunts the streets searching for child killers in retaliation. This is YA fiction advertised as Dexter meets The Grudge, and even has a sequel named The Suffering. Purchase The Girl from the Well on Amazon: Kindle, paperback, and hardcover. 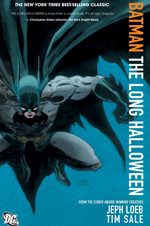 Batman: The Long Halloween by Jeph Loeb and Tim Sale: This one is for the comic book fans! Set in the early days of Bruce Wayne’s crime-fighting career, Batman: The Long Halloween tells the story of a murderer who kills once per month on a different holiday. He must find the villain before he strikes again, with the help of James Gordon and Harvey Dent; this comic is also the origin story of the latter’s transformation into Two-Face. It’s a gripping mystery that will keep you guessing until the very end! Purchase Batman: The Long Halloween on Amazon: Kindle and paperback. You can also find this title on Comixology. 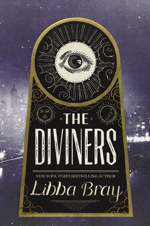 The Diviners by Libba Bray: It’s 1926, and Evie leaves her town to live with her uncle in the bustling metropolis of New York City. She has mystical talents that she attempts to hide, especially from her paranormal-obsessed uncle. When a murdered girl turns up in the city with occult markings etched on her skin, Evie believes her powers can, for once, help solve the mystery. Along with her journey, the book shifts to stories of other people in NYC; it’s interesting to see how they all connect. This is a superb read – suspenseful, intriguing, and an impressive portrait of the roaring ‘20s. Purchase The Diviners on Amazon: Kindle, paperback, Audible, and hardcover. 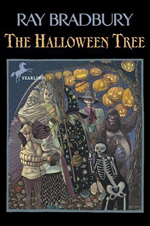 The Halloween Tree by Ray Bradbury: When Pipkin goes missing one Halloween night, his eight friends entrust one Mr. Moundshroud to help them find the boy. Moundshroud has them travel through time on the tail of a kite to witness Halloweens of the past – starting all the way in ancient Egypt. Not only do the kids learn about Halloween, but they discover the importance and strength of friendship. The Halloween Tree is further proof of why Bradbury is one of the best science-fiction writers to ever live. Purchase The Halloween Tree on Amazon: Kindle, paperback, and hardcover. 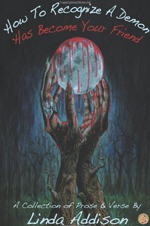 How to Recognize a Demon Has Become Your Friend by Linda Addison: This is a collection of science-fiction and horror short stories and poetry by the first African-American to win the HWA Bram Stoker Award. In this collection, you’ll find everything from UFOs, witchcraft, and cannibals, to ghosts, dreams, and demons. The writing is exquisite, and draws you into the worlds Addison creates. It’s basically the perfect thing to read by candlelight on a cold, Autumn evening! Purchase on Amazon: Kindle and paperback.

What do you think of our selections? What would you add to this list? Share your thoughts in the comments below!