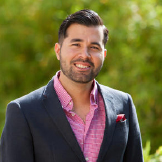 A Marine Corps veteran and former Drill Instructor, Matthew was referred to the Bob Hope Veterans Support Program by a previous client.  He was unsure about the transition into civilian life after joining the Marine Corps at 18.  "I was scared about becoming a civilian -- when the military is all you know, it can be scary.  My Employment Specialist really found out what I wanted to do and the career path I wanted to take," he said.

Working one-on-one with his Employment Specialist, Matthew was able to translate his military experience and expertise when it comes to attention to detail and logistics into a job placement with a local construction company as a Lead Project Engineer. 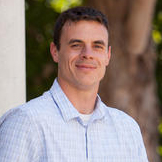 Before getting connected to the Bob Hope Veterans Support Program Tim was struggling in the civilian world. A United States Army Staff Sergeant veteran who served for nearly nine years, Tim found himself living in his car less than 6 months after getting out of the Army.

"It was nerve-racking not having a plan getting out of the military.  I was trying to succeed as a civilian and completely failing because I didn’t even know the process and how to get things done.   Right out of the military you need guidance, you need something like the Bob Hope Veterans Support Program to help you along the way," said Tim.

After his housing situation was stabilized, Tim’s Employment Specialist helped Tim get a California security card license and secure work as a security guard. He then was able to take steps towards his ultimate career goal of becoming a paramedic. 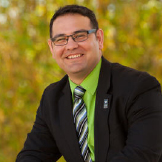 Santiago is a veteran who served for 22 years in the United States Army.  He completed 3 combat tours; two in Iraq and one in Afghanistan.  His last tour was as a Senior Instructor.

After being referred to the Bob Hope Veterans Support Program by a former client, it was determined that Santiago wanted to leverage his experience in the Army to serve other veterans in a civilian role.

"After my last deployment, I made the decision to transition to the civilian world and I was not prepared.  I didn't know what I really wanted to do.  I know a lot of veterans find it very difficult to ask for help," says Santiago.  "I want them to realize, they've never done anything alone, everything they have done they have done has been in the concept as a team.  Why not do that as you transition?  I encourage other veterans to reach out and get the help that is out there for them." 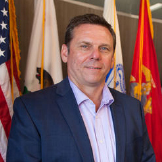 Steve has taken his 30 years of Navy experience and transitioned into a new role that utilizes all of his leadership skills, including serving as Command Master Chief of Naval Base Coronado prior to his retirement. Interested in the position of Veteran & Military Manager with a community resource and information service, Steve worked with his Employment Specialist to refine and tailor his resume, prepare for his multiple interviews and to advocate on his behalf with the hiring organization.  The efforts paid off as Steve is now in his new career, helping even more veterans make the transition to civilian life.

"With the nature of my new job of helping veterans get connected to services, the Bob Hope Veterans Support Program is our number one resource when it comes to referring individual for employment assistance." 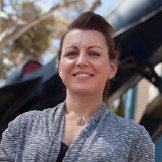 An Air Force veteran with a background in security and military policing, Carin had a specific skill set and was having a hard time matching it with the right civilian job.  The Bob Hope Veterans Support Program team counseled Carin and got her connected with a local construction firm.

After interviewing Carin, they were so impressed with her skills and tenacity that they created a Team and Training Development Manager position just for her to match her skill set!  "I knew what my skill set was, I just didn't know where I wanted to go with it," Carin said. “Now I can plan a budget and get back on my feet. Thanks again for the help!" she wrote after securing her new position.

"The Bob Hope Veterans Support Program has been an invaluable tool in connecting me with people that could assist me to be able to keep my home.  When I first reached out and started to communicate with you, I immediately knew that this organization genuinely cared about my well-being and would do whatever possible to help me -- becoming a wonderful advocate on my behalf!" 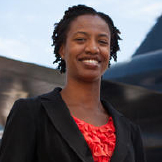 During her time in the Air Force, Aneika worked mainly as a vehicle maintenance specialist.  Her exit from the military lead her down a path of uncertainty with various challenges and stumbling blocks. After working with Easterseals’ Bob Hope Veterans Support Program, she is seeking previously unexplored opportunities where she can use her skills and taking her education in a new direction to follow an unexpected new career path in public relations

"I knew my enlistment was coming to an end and reaching out for support was hard -- I had gotten so used to being able to doing things on my own.  I met my Employment Specialist and I felt I had someone in my corner.  My specialist helped challenge me to think about what I want and discover what I am supposed to be doing...who I am, really," she said. 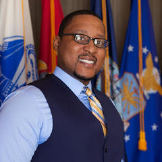 Charles is a Navy veteran who was referred to our Bob Hope Veterans Support Program during his transition from active duty service to civilian life.

After the initial discovery process, where an Employment Specialist meets one-on-one with a client to determine their unique talents, career aspirations, and definition of meaningful employment, it was determined that Charles was interested in a career that would allow him to make a difference in his local community. His Employment Specialist assisted him with creating an updated, tailored resume, and with outreach to a network of potential employers.

After contacting a former client, the team was made aware of an opening at a community service organization in San Diego. Charles’ Employment Specialist assisted him with the job application, prepared him for his interview and shared in his excitement when he was offered, and accepted, a position as a Customer Service Representative.  When asked about his new position Charles said, “I love my new job and my coworkers. I look forward to going to work every day.” He went on to add, “It’s a great feeling to continue to have a positive impact on my community.  Easterseals is a great organization where people care about you and want you to succeed. They go out of their way to make sure that your transition to a civilian job goes as smoothly as possible.”