Submissions open through Sept. 18 for feature films and pilot scripts 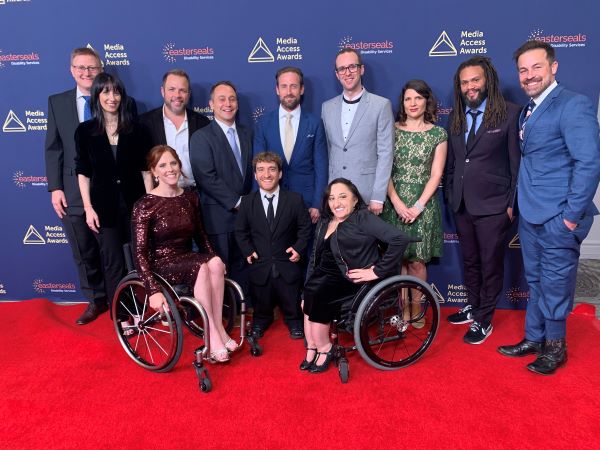 The Black List, in partnership with Easterseals Southern California (ESSC), the Media Access Awards, and the Writers Guild of America West Writers with Disabilities Committee, has opened submissions for the 2020 Disability List.  Writers can submit feature films and original pilots for consideration for the second annual edition of the Disability List.  All submissions must feature at least one lead character with a disability.

Submissions for feature films and pilot scripts began on Monday, Aug. 3 and will go through September 18. Selected writers will be notified of their placement this fall on a curated list of the most promising unproduced scripts featuring at least one lead character with a disability with a public announcement to follow at the Media Access Awards presented by Easterseals on November 19.  The goal of the list is to draw Hollywood's attention to authentic material about disability that may otherwise be overlooked in hopes that scripts may be made into feature films and television shows.

Interested creators who want to submit can visit blcklst.com. Eligible writers may submit their scripts any time during that period, with an evaluations purchase deadline of August 18.

"With The Black List, and our fellow partners, we have the unique opportunity to bring powerful and engaging stories about people with disabilities to the attention of Hollywood," said Mark Whitley, ESSC CEO. "Through these authentic voices we can change perceptions of the nation's largest minority group and help create a more inclusive society."

Kate Hagen of the Black List adds, “When we talk about diversity in media, that conversation must begin at the script level. The Black List is thrilled to be partnering with the Media Access Awards, Easterseals Disability Services, and The WGA Writers with Disabilities Committee for the second year to shine a spotlight on some incredible storytellers and their scripts exploring the multitudes of the disability experience.”

One of the key points of Easterseals' mission, and a strategy in their Vision & Impact Plan, is to change the way people view disability. The Disability List is just one of the many steps ESSC it taking to help achieve this goal.