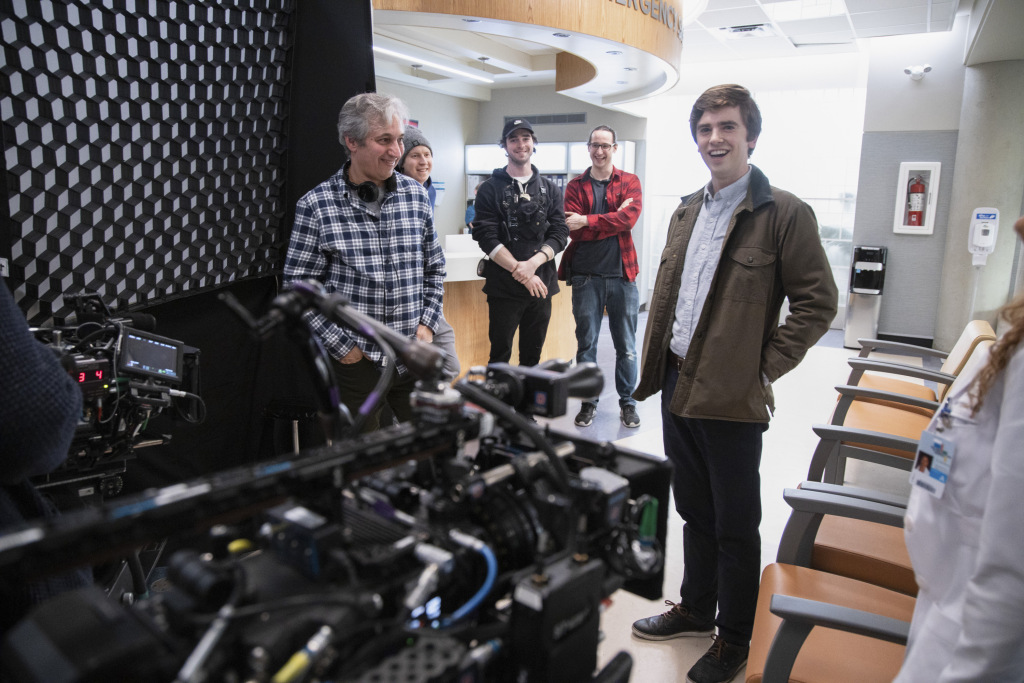 LOS ANGELES – October 7, 2019 – The 40th annual Media Access Awards, presented in partnership with Easterseals Southern California, will return November 14, 2019 to honor the best in disability inclusion in Hollywood. Among the honorees that evening will be the team behind the popular ABC television show “The Good Doctor,” which will be recognized with the Visionary Award for helping to change the way the public perceives people with disabilities.

Founded by producers Norman Lear and Fern Field, the Media Access Awards honors entertainment professionals who have advanced inclusion in Hollywood through the employment of and creation of accurate portrayals of people with disabilities in film, television and new media.

The Awards will open with a skit by Norman Lear and Jimmy Kimmel, followed by the awards presentation. The night’s honorees are selected by the diversity committees of their professional guilds with awards from the Casting Society of America (CSA), Producers Guild of America (PGA), Screen Actors Guild (SAG-AFTRA) and Writers Guild of America (WGA).

This is a landmark year as the Media Access Awards celebrates 40 years of inclusion and representation, while we celebrate 100 years as the first national organization serving people with disabilities. Together, the organizations are helping Hollywood identify existing barriers for disability inclusion and how to overcome them to recognize, embrace and represent America’s largest minority group, more than 61 million people strong.

“There is no denying that what we see in the movies, on television, or in the media has a deep impact on individuals and society as a whole,” said Deborah Calla and Allen Rucker, Co-CEOs of the Media Access Awards. “Through the Media Access Awards and our partnership with Easterseals, we honor those who help break stigmas and barriers with authentic stories, portrayals and by creating opportunities – because every individual deserves to feel seen and represented.”

“The Good Doctor,” from creator David Shore, features Dr. Shaun Murphy (Freddie Highmore), a young surgeon with autism and savant syndrome, whose talents and skills lead to breakthrough, lifesaving medical procedures as a part of St. Bonaventure Hospital’s surgical unit. The show highlights the challenges that Dr. Murphy navigates in both professional and social environments, as he battles the stigmas associated with his disabilities, while proving his abilities as a surgeon. The show has writers with disabilities in the writers’ room in addition to casting a number of actors with disabilities.

“We applaud David Shore and the entire team behind ‘The Good Doctor’ for the development and success of this series,” said Mark Whitley, CEO of Easterseals Southern California. “Through this depiction, we hope the 3.5 million Americans living with autism are inspired by this lead character, and that the show helps build a more inclusive society.”

Past honorees included Vince Gilligan of “Better Call Saul,” Simon Cowell of “America’s Got Talent,” Director Peter Farrelly of “Green Book,” Bruce Cohen, producer of “Silver Linings Playbook,” Noah Hawley, writer of “Fargo,” Lauren Potter from “Glee,” Shonda Rhimes, creator of “Grey’s Anatomy,” legendary blind singer/songwriter Phil Perry, and the creators of “This Close,” Shoshannah Stern and Josh Feldman, among others. Special honors were given to Norman Lear and George R.R. Martin, the author of “Game of Thrones.” Jimmy Kimmel, Marlee Matlin, Fred Willard and Haben Girma, the first deaf-blind woman to graduate from Harvard Law School, are among the past hosts of the event.

As the largest minority group on the planet—and as the only minority group that anyone can join at any point of his or her life—the disability community is a robust, diverse, and integral part of our global fabric. The Media Access Awards celebrate this fact by honoring, highlighting, and promoting disability and its depictions in film, television, and new media. The Media Access Awards aim to recognize depictions of disability that are accurate, inclusive, and multi-faceted. Our awards ceremony honors those industry professionals who have advanced disability-related narrative in fields including writing, producing, casting, performance, and directing. We are proud and pleased to be at the forefront of creating and promoting opportunities for some of the brightest talents in the industry. www.mediaaccessawards.com

For 100 years, Easterseals has been an indispensable resource for individuals with developmental disabilities or other special needs and their families. The services provided by Easterseals Southern California (ESSC) – in Los Angeles, Orange, San Diego, Imperial, Kern, San Bernardino, Riverside and Ventura counties – make profound and positive differences in people's lives every day, helping them address life’s challenges and achieve personal goals so that they can live, learn, work and play in our communities. With 2,800+ employees, 60+ service sites and hundreds of community partnership locations, ESSC assists more than 13,000 people, providing adult/senior day services; autism therapy; child development/early education; employment services, veteran employment support; independent living options; and more. At Easterseals, 88% of our income is spent on services. Join us in changing the way the world defines and views disabilities at www.easterseals.com/southerncal and www.WeCelebrate.org.