The Benefits of Inclusive Childcare for All Children 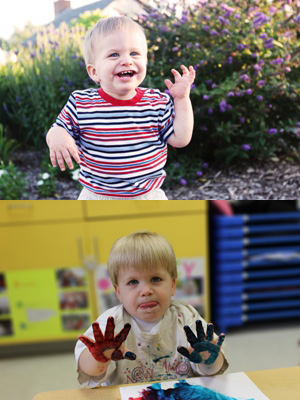 On any weekday morning, kids walk, run or roll into Easterseals childcare centers across the country, by foot, crutch or wheelchair. Some may be looking down because they’re shy or, maybe, live with Autism Spectrum Disorder. But not all the kids have disabilities.

Kids of all abilities attend daycare and preschool programs, enjoying activities from finger painting to story time. One of the most wonderful abilities had by all the children, though, is the ability to become friends.

Unfortunately, according to one study, there is a shortage of childcare for children with disabilities. Plus, most childcare centers aren’t equipped to handle children with special needs.

Tina and Dirk Vaught experienced that. Their youngest son Walker was born in 2012 with Dandy-Walker Syndrome (the name is a coincidence), which can cause physical, intellectual and developmental delays. They needed childcare, like many parents, because they both work. 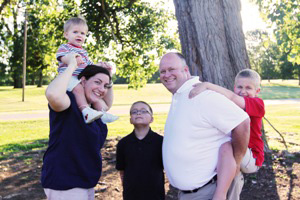 Not long after placing him in a home-based childcare, however, the caregivers said they couldn’t handle Walker’s physical and developmental challenges, even though Walker has always worked hard to overcome them himself.

“I remember bringing him home from the hospital and he couldn’t even ‘coo’ like most babies,” Tina says. “He tried so hard to coo, that his eyes would water because he was trying so hard to get that sound out.”

Tina admits that Walker’s needs were a lot to handle for anyone, even her. She and Dirk also have two older sons: Jackson (age 10) and Henry (age 7), who has Autism Spectrum Disorder.

While there were no hard feelings, the Vaughts were in a jam. At the time, the Indiana residents needed care and therapy for Walker.

Shana and Jeff Fryar felt triple the pressure to find childcare when their triplets, Ryan, Alexa and Jacob, were born in October 2011 and 12 weeks premature, each with disabilities. Their disabilities range from chronic lung disease and mild hyper dysplasia to cerebral palsy. One of the children currently eats through a feeding tube.

“We were still in the [Neonatal Intensive Care Unit] when one of the nurses mentioned getting them into developmental therapies early, and she said that Easter Seals Arkansas was a fabulous facility,” Shana says.

The childcare/preschool facility includes individualized learning plans, highly qualified teachers and low child-adult ratios. Kids can have their therapies integrated into their school day. Their care and therapies are offered in the same facility.

In addition to receiving therapy services through the Easterseals Infant Monitoring Program, the Fryars also enrolled Ryan, Alexa and Jacob in A Child's Place Preschool.

There are about 14 kids of all abilities, one teacher and two teacher’s aids in the triplets’ classroom, so Shana is comfortable with the equal attention all the children receive in the inclusive learning environment. Also, the kids’ therapy sessions are integrated right into their preschool days. 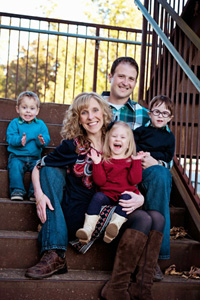 Soon after taking Walker out of the home daycare, Tina discovered Easterseals’ Milestones.

“Milestones made room for Walker [to learn and interact with his peers], and I honestly believe that Walker wouldn’t be halfway to where he is today if it wasn’t for Milestones,” Tina says. “He’s around [typically developing] kids, but he also gets the attention that he needs.”

Today, Walker receives speech and other therapies during his school day. .

Walker’s verbal communication skills have improved tremendously; he is now able to walk with the assistance of foot inserts; and he’s making lots of friends.

He’s currently being evaluated to “graduate” to the Easterseals preschool, a program for 3 to 5-year-olds, and Tina couldn’t be happier.

Shana Fryar and her family feel the same way. Shana and  Jeff say Easterseals has been “the best thing that could have happened” to their family.

Today, the triplets still have development delays, but they are making tremendous strides. For example, Ryan and Alexa have both recently started testing out of some of their therapies that they have been receiving since birth, and they have reduced therapy sessions to just once a week.

Shana was so pleased with the services her children received through Easterseals, she decided to work for the organization and is now a social services coordinator at the Easterseals Children’s Rehabilitation Center.

“From where they were when we were leaving the [Neonatal Intensive Care Unit] to where they are now, it’s just amazing to see the change,” Shana says. “We can’t say it’s because of us as their parents, but it’s because of Easterseals and all the people that work with them.”