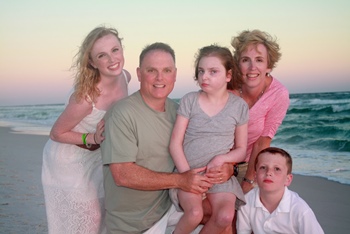 When Drew Ann Long started drawing sketches of a shopping cart at her kitchen table in 2008, she never dreamed her concept, now named Caroline’s Cart, would become a product used by families all over the world. As of May 2014, it is, and it surprises Drew Ann every day that such a cart wasn’t conceived earlier. “There isn’t one community on the planet without a child with special needs,” says Drew Ann, who is mom to Easterseals 2012 Youth Representative Caroline (the cart’s namesake, age 15) as well as Mary Grace (age 18) and Matthew (age 11). “I felt like, by designing the cart, I highlighted a problem that has existed forever.”

That problem was finding a way to accommodate children with special needs who grow out of the seats in traditional shopping carts. As a result, the kids couldn’t go to the supermarket and would miss out on this everyday activity that might include picking out their favorite cereal or learning about different fruits and vegetables while perusing the store. “If you don’t see children and young teenagers with special needs in supermarkets, it’s not because they aren’t in the community. It’s often because the store isn’t accessible,” says Drew Ann. “As each store gets another accessible cart, I see us breaking that barrier.” 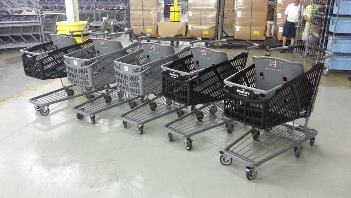 The cart (pictured) “provides parents and caregivers a viable option to transport a child through a store while grocery shopping, without simultaneously having to maneuver a wheelchair and a traditional grocery cart,” according to carolines-cart.com.

It wasn’t easy. Drew Ann says her daughter Caroline, who has Rett Syndrome, was in and out of hospitals with a collapsed lung and other issues while she was trying to convince stores to buy her invention. She worked day and night, until she caught the attention of Technibuilt, the largest manufacturer of shopping carts in the United States, to build and sell the carts to major retailers. The first carts started shipping to retailers in September 2013. 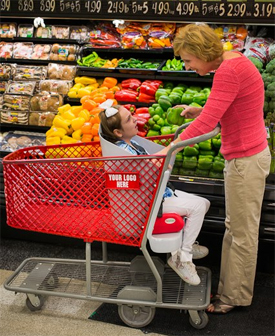 Since 2015, you can find the carts at many Target stores across the country. Plus, as of May 2014, Caroline’s Carts can be found in every state except Hawaii and Alaska at Kroger, Publix, Hannaford, Food Lion, Wegman’s stores and more, and they hope to soon debut worldwide in countries such as Germany, Russia, Egypt, Spain, the United Kingdom and Australia.

Caroline, who is currently healthy and thriving, loves to grocery shop with her mom, who says all the hard work has been worth it for her daughter and other children.  “It’s hard to change a culture,” she says, “but I see a domino effect happening.”

Check out carolines-cart.com to learn more about the cart and where you can find it.