Dany's Path to Independence and Employment 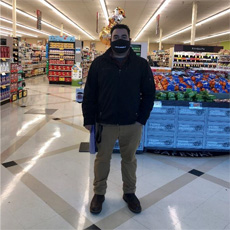 Our Connecting Communities Program provides vocational skills courses, English as a Second Language (ESL) classes, and employment assistance for people who are living with disabilities and learning English as a second language. The following is a recap of Daniel’s (AKA Dany) journey with our program, as told by our Instructor, Sheila:

Getting to Know Dany

Dany’s a young guy with a smile that really should be bottled. He is almost always visibly happy. He was born in Comala, Mexico, and he came here when he was under a year old. He doesn’t talk too much about Comala specifically, but he seems to have a connection to it since he uses a picture of the Main Plaza when on Zoom meetings, and he said he’s quite proud of it. I asked Dany once about Comala, and - rather than talk about the place - he started talking about his big family, and how they all gather at special events. He shared a picture of his cousin being sworn in as a police officer, and there were no fewer than 27 family members in attendance. Dany impressively counted them out for me and named every single one of them. 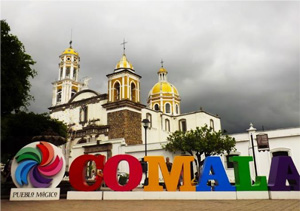 Dany liked school as a kid. Though he wasn’t much of a reader, he really enjoyed math, and he’s a heck of a speller as well. When I asked him what he likes to do, camping and swimming spilled from his lips. He likes making campfires, and it sounds like he’s on duty as the fire starter/stoker/tender for all family camping events.

Dany has a particular knack for swimming as well – in fact, he is a medal-winning (2013) Special Olympian! His mother tells me that he is also a mean prep cook; and as he’s developed his knife skills, she’s developed her confidence in them. He’s also a dabbling ceramicist, and he can be easily lost in the world of Minecraft.

Building a Path to Dany’s Goals

Dany came to us with a straightforward goal of finding a job, because he has always had a desire to serve in his community, and he’s at a time in his life where he’s feeling independent, so he’s ready to start filling out his bank account and planning a fun vacation. Dany had some preferences that added a level of challenge to the pursuit, but we were determined to help him identify and achieve a career that fits his desires and needs while utilizing his unique skillset and personality.

Dany took some time to warm up to our team and our process, but we’ve been able to identify some of his barriers and the necessary steps to overcome them, along the way. We walked him through the basics of interviewing, and he still comes to ESL classes, daily. It’s clear that Dany is always open to trying something new, as he has participated in our motivation and goal-setting workshops, as well. Little by little, Dany has really begun drinking in some of the basic skills he needs in order to achieve his goals. He has performed well, during interviews, and he has done a great job at getting his personality across to strangers.

Through interactions with our staff, it came to light that Dany had a desire to become a Courtesy Clerk at a grocery store. I asked what had brought him to this occupation, and Dany told me that he took some workforce development classes in high school. It turns out that customer service is one of the things he got to practice. He really liked it then, and it shot straight to the front of his mind when it was time to find work. We were able to pair Dany up with our Workforce Business Liaison, Yanet, to begin applying at the right openings. Through Dany’s dedication to his classes, he excelled and grew; and ultimately, he was hired as a Courtesy Clerk at Safeway! Yanet was able to help Dany apply for the position, prepare him for his interview, and even provide him with a ride to the interview. During his check-ins, he has reported that so far, he’s really liking his new job!

There’s enough variety in Dany’s new position to keep it interesting for him. Much of the time, he is inside the store on his own, stocking shelves, which really satisfies his craving to organize. He said he feels proud when he takes stock of a completed shelf. He also gets some social needs met when he bags groceries for customers. It’s not that he’s all that chatty, but he gets to show his personality to everyone and offer words of service to customers – “Thank you for shopping at Safeway!” Additionally, he enjoys that he gets to break up his routine by going outside to collect carts with a coworker. There’s a good balance of safety and competition in cart collection, and Dany is looking forward to upping his game.

Following Up With Dany and His Family

During employment check-ins, it’s been clear that Dany really enjoys his new job, and he enjoys helping people. He admits he doesn’t necessarily take initiative all of the time, but he’s very responsive when someone asks him to help. Dany’s family thinks that his new job is all good. His mom said she is very proud of him, and she can see that Dany is proud of himself, too. She knew that he had the aptitude to do a job, when given the training he needed to do it well.

The only member of Dany’s family that isn’t 100% excited about Dany’s new job is his 1-year-old dog, Odie, who’s stuck at home when Dany’s at work! 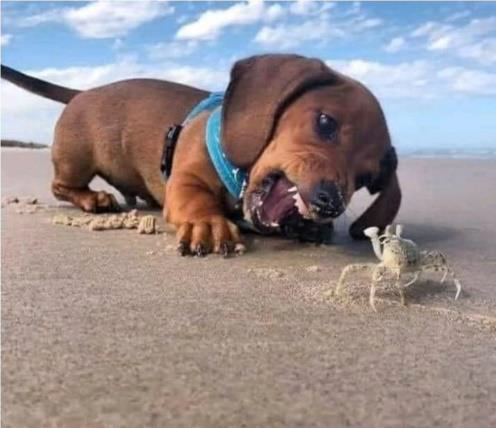 To learn more about the Connecting Communities Program, click here.

You can see more stories like this one by visiting our Stories of Hope page, here. You can also follow us on social media, by clicking the logos, below: