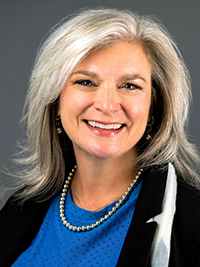 Lisabritt Solsky Stevens has made a career in the public interest. A lawyer by trade, she graduated from the University of the District of Columbia David A. Clarke School of Law, a public interest law school and HBCU, recognized for the diversity of its student body. After several years working in legal aid in Massachusetts, Lisabritt worked for 15 years for the New Hampshire Department of Health and Human Services in various roles, including Deputy Medicaid Director. She has recently worked in Medicaid managed care and for Granite State Independent Living, a broad-based disability service and advocacy organization.

She serves on the NH Public Health Association Board of Directors, where she chairs the Membership Committee. She is a member of the 2008 Leadership NH cohort and was a 2010 honoree of the Union Leader Forty Under 40. She received the Business and Industry Association “Above and Beyond” Award in 2011 for building relationships between the business community and NH Medicaid, eventually leading to the Adult Medicaid Expansion. In 2016 she was recognized as the #1 Woman-Led Non-Profit by Business NH Magazine and led her then company, Well Sense Health Plan to two consecutive years as a Best Place to Work.

She is the proud mom of three teens and lives in Concord with her husband, children, and a menagerie of rescue animals. She is an avid gardener and crafter and loves live music.