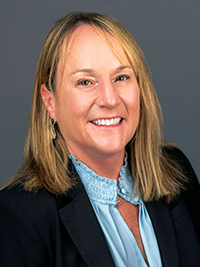 Cathy Kuhn, PhD, joins Easterseals NH as the organization’s first Chief Training, Policy, and Research Officer. Most recently, Kuhn served the Metropolitan Housing Coalition (Kentucky) as its Executive Director and has been in the homelessness and housing field for over 20 years. Prior to her time in Kentucky, Kuhn was the Chief Strategy Officer at Families in Transition, the state’s largest homelessness and housing provider, where she had worked since 2006. From 2012 to 2020, she served as the Director of the New Hampshire Coalition to End Homelessness, a nonprofit organization dedicated to finding effective solutions to homelessness through research, education, and advocacy.

Kuhn holds a PhD in Sociology and Urban Studies from Michigan State University. She was a Peace Corps volunteer in Panama, where she taught environmental education in primary schools and has held several adjunct teaching roles at the university level. In her free time, Kuhn is an avid runner, having run ten marathons, including five consecutive Boston Marathons, as well as dozens of half marathons across the country.