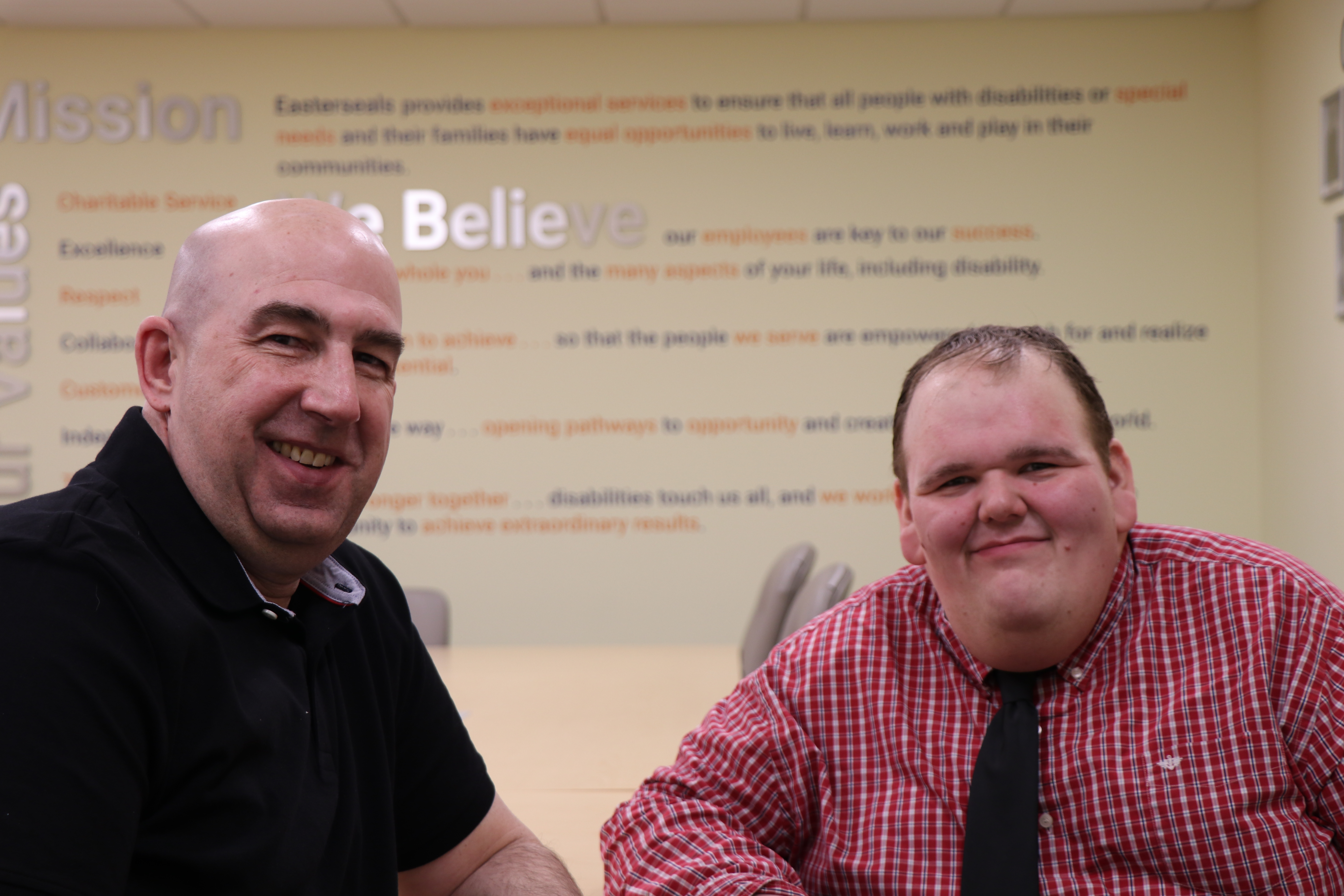 Intensive Treatment Services provides residential and vocational services utilizing person-centered planning and evidence based treatment to help individuals gain the necessary skills to achieve a greater level of independence and move to a less restrictive setting.

Robert Woodcock lost his father in August 2013. It was a devastating time for the 26-year-old and he began having suicidal thoughts. He felt lost, scared, confused, lonely, and anxious. It was difficult to cope. He reacted by making many 911 calls and more than 125 trips to the emergency room. At the time, Robert was living at home with family and also spent time with another agency exploring day and residential supports. Nothing seemed to work.

“Nobody cared for me, and I had a hard time choosing friends,” said Robert. “I was frustrated and I made bad choices with friends who took advantage of me.”

Due to the urgency of his treatment needs and the health risk he posed to himself, Robert moved into the ESNH Community Based Services Intensive Treatment Program. Since joining the program two years ago, Robert has made unbelievable gains.

Living in a structured, stable environment, where he is supported by staff who hold him accountable, has provided Robert with the foundation he needed to take responsibility for his choices. Robert and his Easterseals team have focused on him developing healthy relationships with staff, community connections, peers, and family. To accomplish this, he is active in role playing, boundary setting, and making progress in keeping connections healthy and appropriate.

It is an understatement to say that Robert has made amazing strides in his overall health and wellbeing. He is a very active member at his gym and works out 4-5 times a weeks. He also pays more attention to healthy eating and drinking and has continued to lose weight due to a healthy diet and frequent exercising.

Additionally, Robert has been employed for the past year; this historically was a significant challenge. He works parttime as a janitor with the support of a job coach. He buys thank you cards with some of his money for those who support him. He also enjoys treating his mom to lunch every few weeks. Robert takes pride in his appearance and loves to dress up, so he saved money to buy a nice outfit for meetings and doctor visits.

“Having my job feels good because I have money and when I visit with my mom, I can shop with her,” said Robert. “My boss is excellent and this is the first time I feel that way.”

Life is falling into place for Robert because he is very active in his treatment and makes the most of his time with therapists. He attends individual and group therapy weekly. This helps him to build coping skills for stressful situations.

Looking forward, Robert is determined to open a diner and make his passion for writing a reality. He has written a number of fiction and non-fiction books and is working with his ESNH team to figure out the steps to publish them. Robert is certainly a different man than he was a few years ago. He’s come so far in such a short period of time.

“I want to lose 60 pounds and I think I can do it,” said Robert. “I want to open my own diner. People say it is too much work but I am ready to do that work. I already have a name for it “Woody’s”. Life is better now and I am not trying to hurt myself anymore because what I did really scared me.”