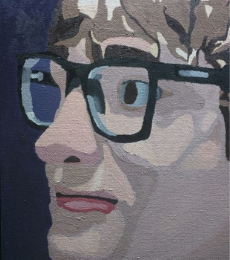 “Stanley’s story is not necessarily of someone who struggles in the college setting because of his intellectual capacity. Stanley has terrific strengths academically but benefits from support in other aspects at college like understanding the nuances of navigating social conversations and building relationships with his peers; both equally important to a student's personal success in higher education” says MaryEllen MacRae, Director of Community Support Services.

Stanley Cliche (self-portrait above) was diagnosed with Central Auditory Processing Disorder and Asperger’s Syndrome at a young age. When it came time to think about college, Stanley, now 19, had concerns about how he would handle the workload and adjust to college life. Indeed, Stanley’s concerns are particularly salient given that less than 1% of college enrollment are people who have been diagnosed with ASD (autism spectrum disorder). And, for the rare selection of people with ASD who enroll in college, 80% do not finish college.  By aspiring to enter the college setting, Stanley was facing an environment that fundamentally does not support people with developmental disabilities. But, then he heard about Easterseals Massachusetts’ new College Navigator Program through Nancy Mader at the Federation for Children with Special Needs. 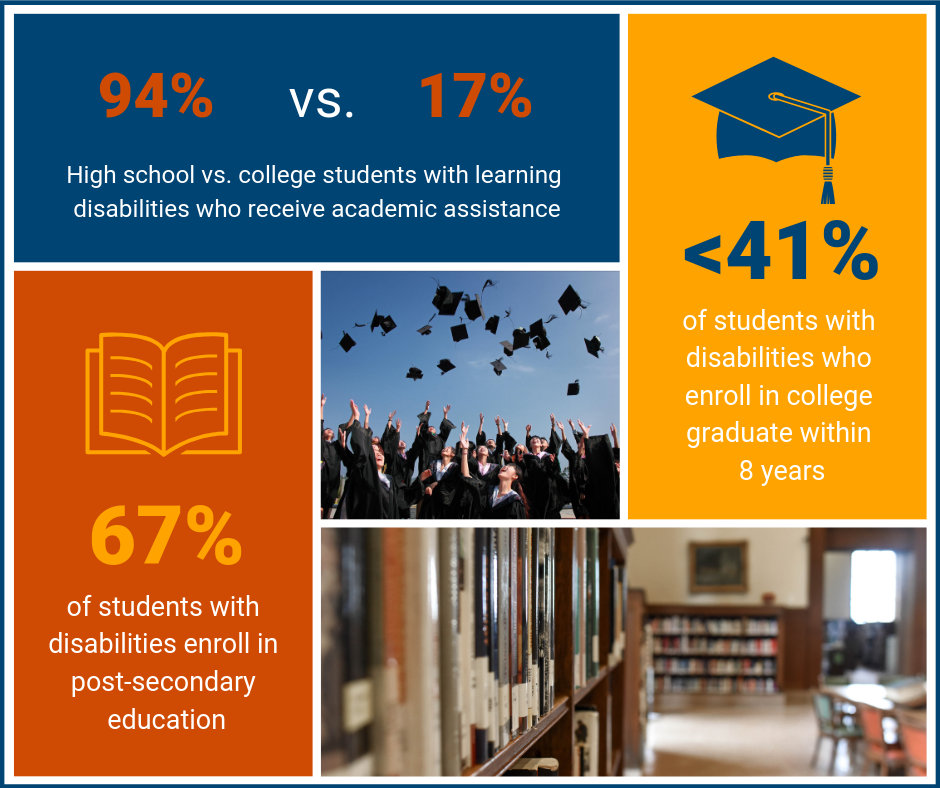 Stanley was quickly paired with his college navigator, Lydia, and began having weekly Google Hangout meetings with her. “I liked that Easterseals staff had a friendly face, someone that I could talk to and who could offer me guidance and support on days where the work felt overwhelming,” he said. Lydia helped Stanley navigate the day-to-day challenges of college life and empowered him to advocate for himself in the classroom. “Some of these day-to-day challenges can even include interacting with Professors don’t always understand why accommodations are necessary or how to implement them into their classroom. They are there to teach their area of expertise in the best way they see fit; when something interrupts that process, it can be a challenge for them to adjust” says MaryEllen MacRae, Director of Community Support Services. Lydia would work with Stanley on how to disclose his needs with his professors “She encouraged me to draft a script that would elaborate on my disability and help my professors understand the challenges that I was facing and useful accommodations,” Stanley said.

Stanley’s story, albeit one of success and progress, is not necessarily a story of someone who struggles in the college setting because of his intellectual capacity. Stanley has terrific strengths academically but benefits from support in other aspects at college like understanding the nuances of navigating social conversations and building relationships with his peers; both equally important to a student's personal success in higher education.   College Navigator aims to educate the public on the fundamental idea that the barrier to higher education for people with disabilities isn’t rooted in individual's intellect or capacity, but often a lack of relatively simple adaptions in the environment.

The ultimate objective of Easterseals College Navigator program is about creating a new structure that works for students in new environments given the considerations of an individual’s disability-this is something almost universally accepted in secondary education (high school).  In truth, it is somewhat of a travesty to think that so many potential students are losing the opportunity to participate in post-secondary education (university/college) especially when post-secondary education is so strongly linked to competitive employment and ultimately the ability to contribute meaningfully in one’s community.  Recent studies demonstrate that 72% of people who complete college will participate in the work force. But, in fact, only 50% of 25-year olds with Autism have ever held a paying job, it is hard to overstate the benefit of creating alternative and successful plans for this population to earn degrees.

With the support of Easterseals, Stanley aims to complete his Bachelor’s degree in Mathematical Sciences, taking additional courses in humanities along the way. He hopes to engage in as many learning opportunities as possible throughout his time in college, and with the continued support of his College Navigator assisting him with navigating his new educational environment, he is increasing his opportunities to obtain the personal goals he has set for himself.