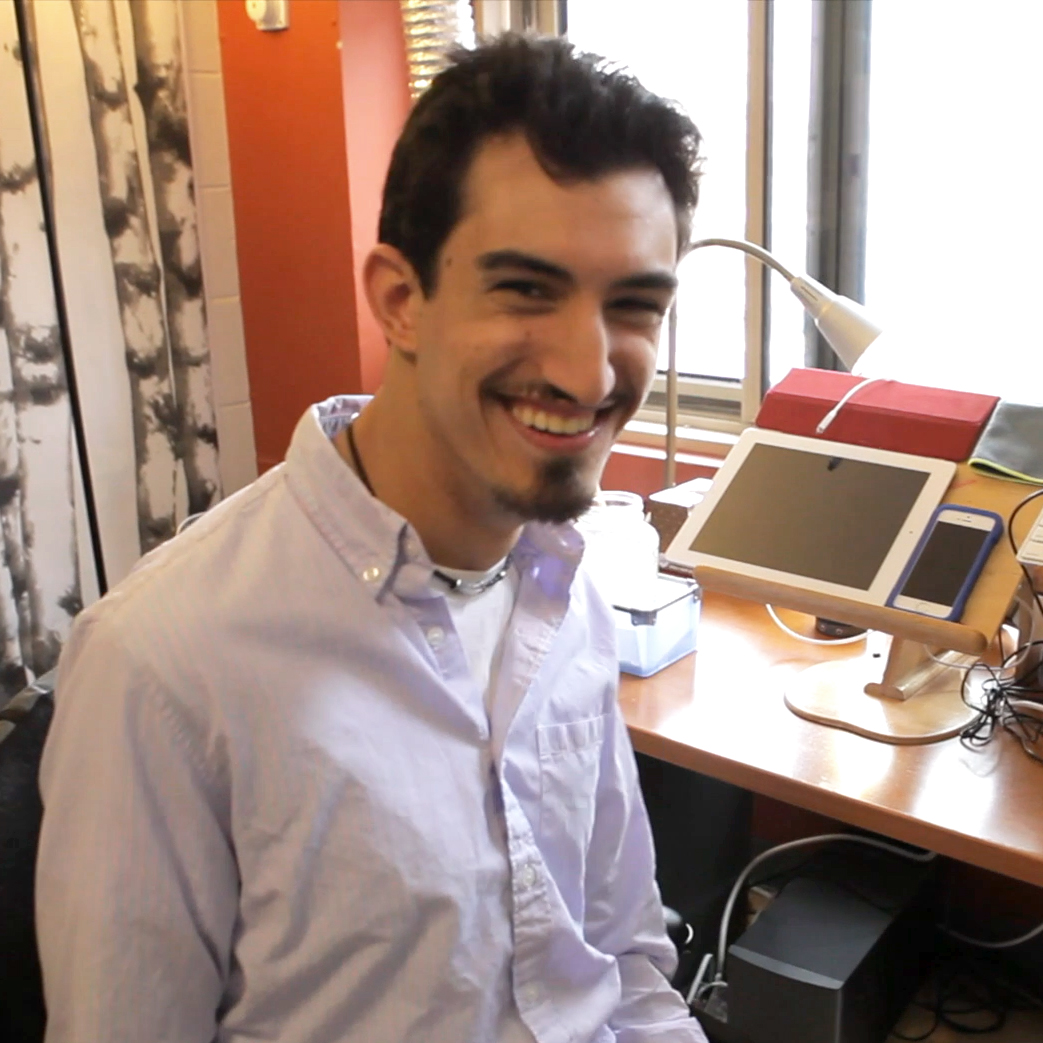 Andrew grew up in Wayland, Mass. Andrew’s parents discovered he had cerebral palsy when he was an infant, and he did not develop in the same way as other children his age. Andrew does not have full use of his fingers, arms, or legs, but in 2019 he is best known as an award winning filmmaker, editor, producer, and writer!

By the time Andrew entered Wayland High School, he was learning how to use sophisticated editing software and exploring opportunities to make his own movies. Andrew attended high school in an integrated setting where he took the same classes as other students did but completed his work a little differently from his peers.

Today, it’s much easier to become an independent filmmaker and share content in order to gain a following via social platforms such as Instagram, YouTube, and Facebook. Indeed, the evolution of technology has given creatives, specifically filmmakers, seemingly endless possibilities. Still, the reality is that creating a film requires thousands of hand movements and hundreds of clicks, so if you have limited mobility, the idea of being a professional filmmaker seems fantastical.

Andrew's Easterseals specialist equipped Andrew with adaptive computer equipment and software allowing him to input commands into his computer, and to edit his films he uses his nose and his right foot. Easterseals Massachusetts is uniquely founded on the idea of helping people identify their personal goals and then creating a functional plan to accomplish those goals regardless of concepts of “limitation.” Easterseals AT specialists aren’t prescriptive in their approach to people with physical and/or developmental disabilities; instead, they aim to find a way to empower the theoretical into the possible.

Andrew comments, “What’s great about this simple technology is it gives people with disabilities an opportunity to compete in today’s workforce and completely assimilate into today’s society. It really breaks down that wall that used to be for people with disabilities. Now they have productive lives, and they get to contribute to society to survive. I’m really thankful for that.”

Since his initial AT evaluation and acquisition of an adaptive home office with Easterseals, Andrew has gone on to be a beacon of possibility for people with cerebral palsy and the disability community at large. Andrew is a 2014 graduate of the Harrington School of Communication and Media at the University of Rhode Island. Andrew also produced five videos in collaboration with the Institute of Human Centered Design exploring technology for people with disabilities. These videos have been rebroadcast in Moscow and Eastern Europe. Andrew is currently a producer on the film “The Homecoming,” which aims to be the first feature film starring people with disabilities as opposed to the typical (and often undignified) type-cast roles.

Easterseals MA prides itself on being able to help provide opportunities for people with disabilities to empower themselves. But it's incredibly profound when these same individuals use Easterseals services to not only accomplish their own goals, but also to act as leaders in the disability movement as Andrew has done with his focus on disability representation in film.

Check out Easterseals YouTube channel, @ESMAmedia for a video of Andrew demonstrating how he executes complex editing tasks with his adaptive home office.