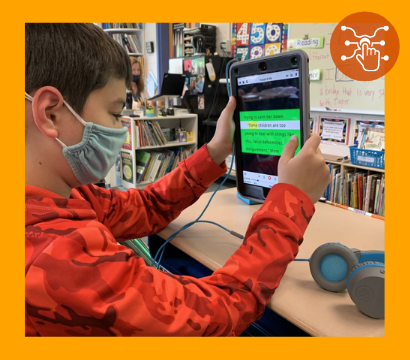 "Joey is confident in his ability to learn with the help of his assistive technology and now advocates for his needs when he encounters work that is not accessible to him."

Joey DiRocco, 9, is a student in the Groton Dunstable School District. He was born with Cortical Visual Impairment, congenital nystagmus, and a septo optic dysplasia, which make it difficult for him to see without his glasses. Having this visual impairment made it difficult for him to keep up with other students in class due to difficulty seeing the board and reading. Eventually, Joey’s teacher connected him to Kristi Voelkerding, an Assistive Technology Specialist at ESMA, who worked with him to find solutions to improve his ability to participate in class. After assessing his situation, Kristi taught him how to use Assistive Technology devices including an iPad, text-to-speech software, and a scope to increase his independence in learning.

“Before I had my iPad it was hard to read stories. It is much better to listen to them. I can do my work much faster with speech to text and it's nice to listen back to my writing and not have to strain my eyes reading it on the computer screen. It's hard to see the whiteboard in school so when I can see it on my computer or iPad it is so much easier.”

Ariana Manganaro, Joey’s Special Education teacher, now collaborates with Kristi on a continual basis to explore new ideas for how he can use his assistive technology and to ensure he has the resources he needs for success in the classroom. 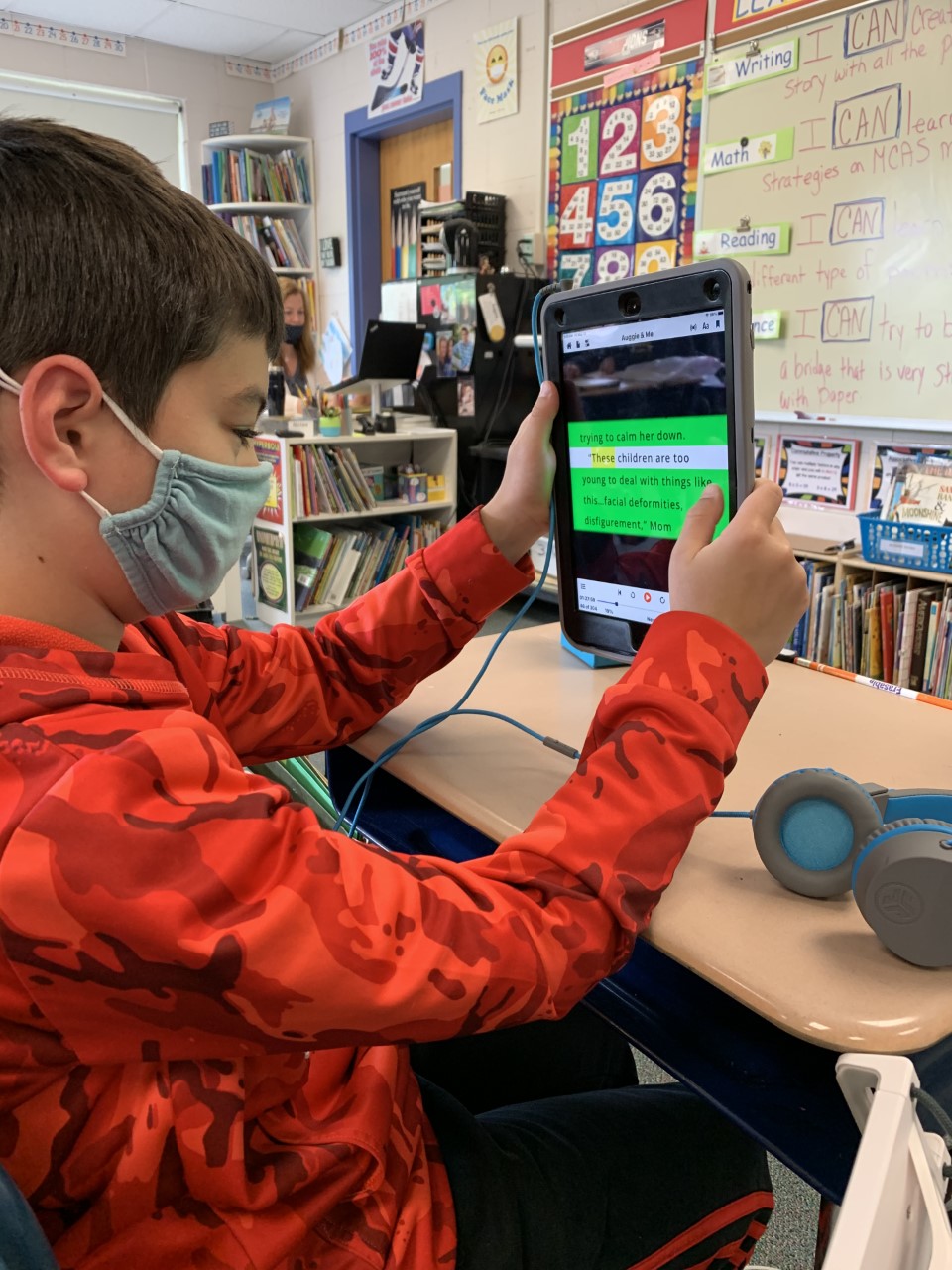 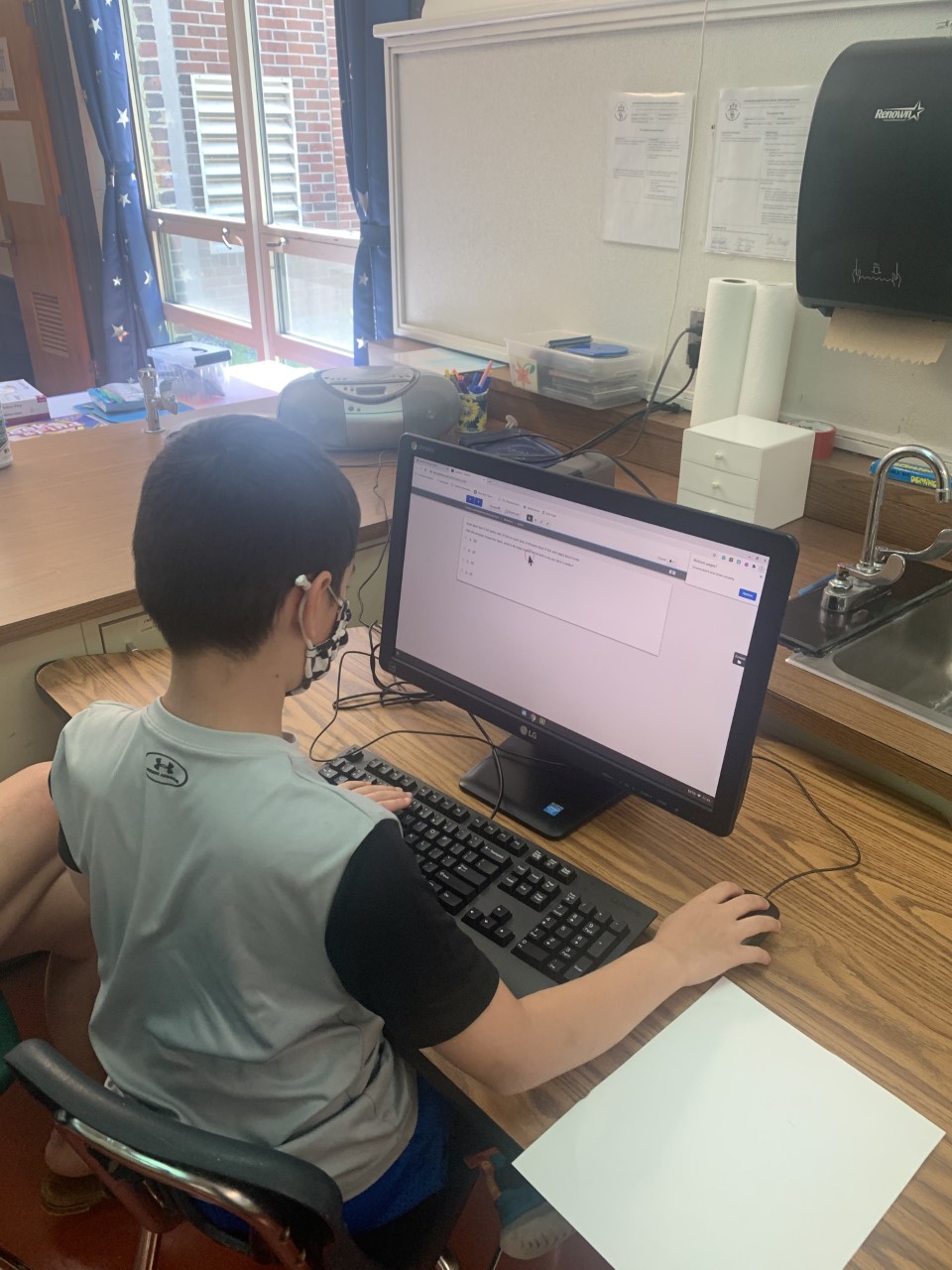 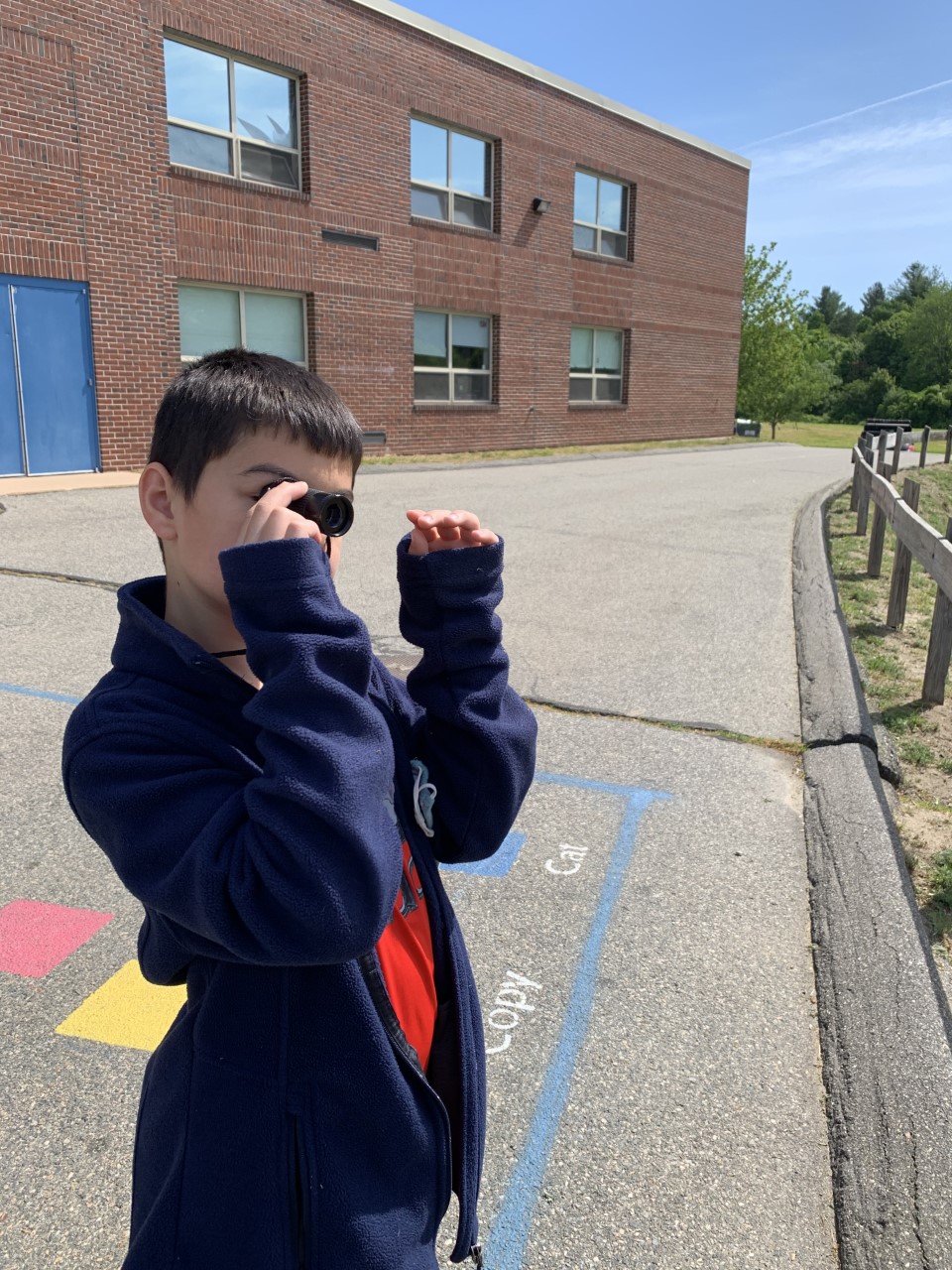 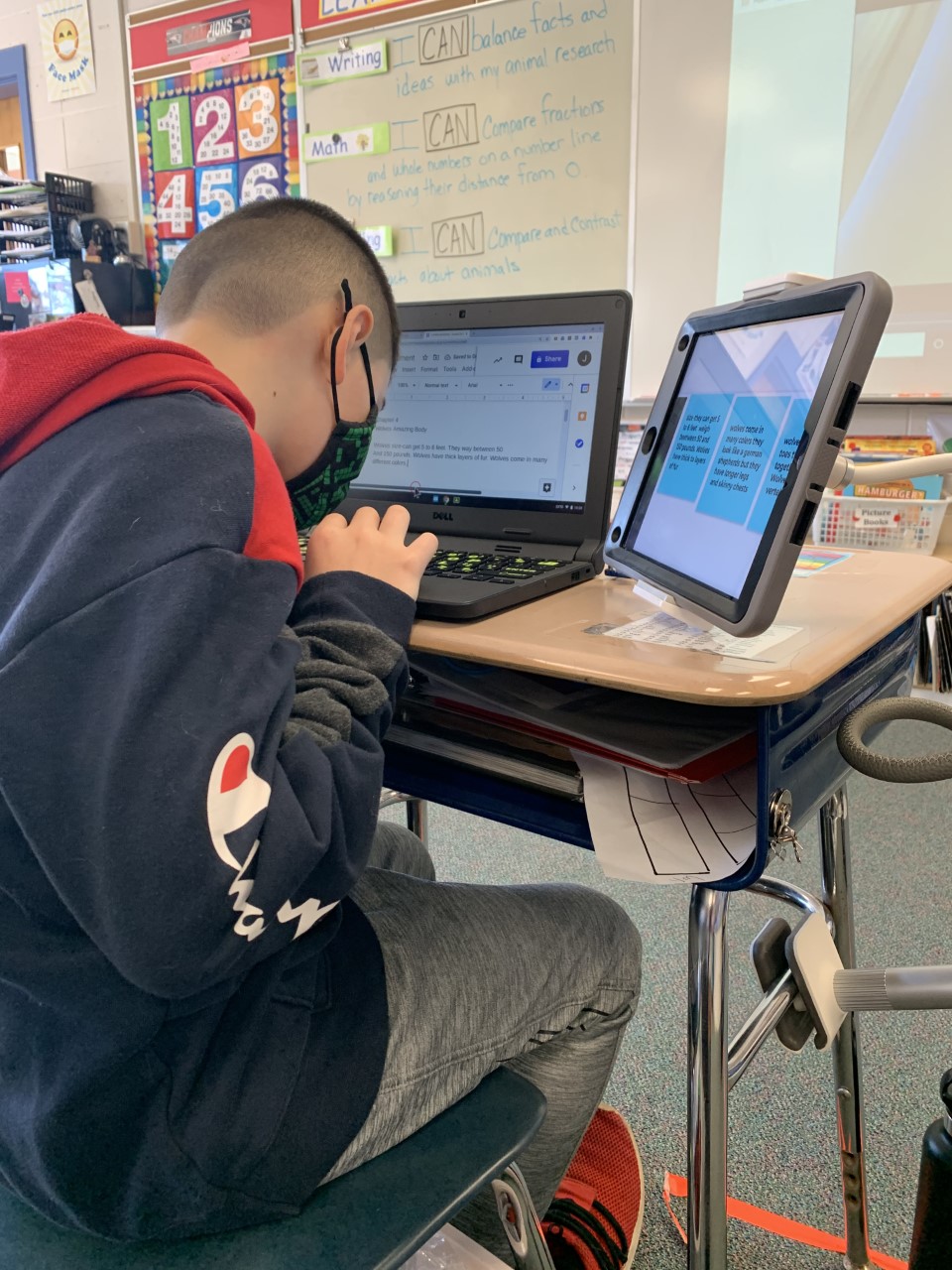 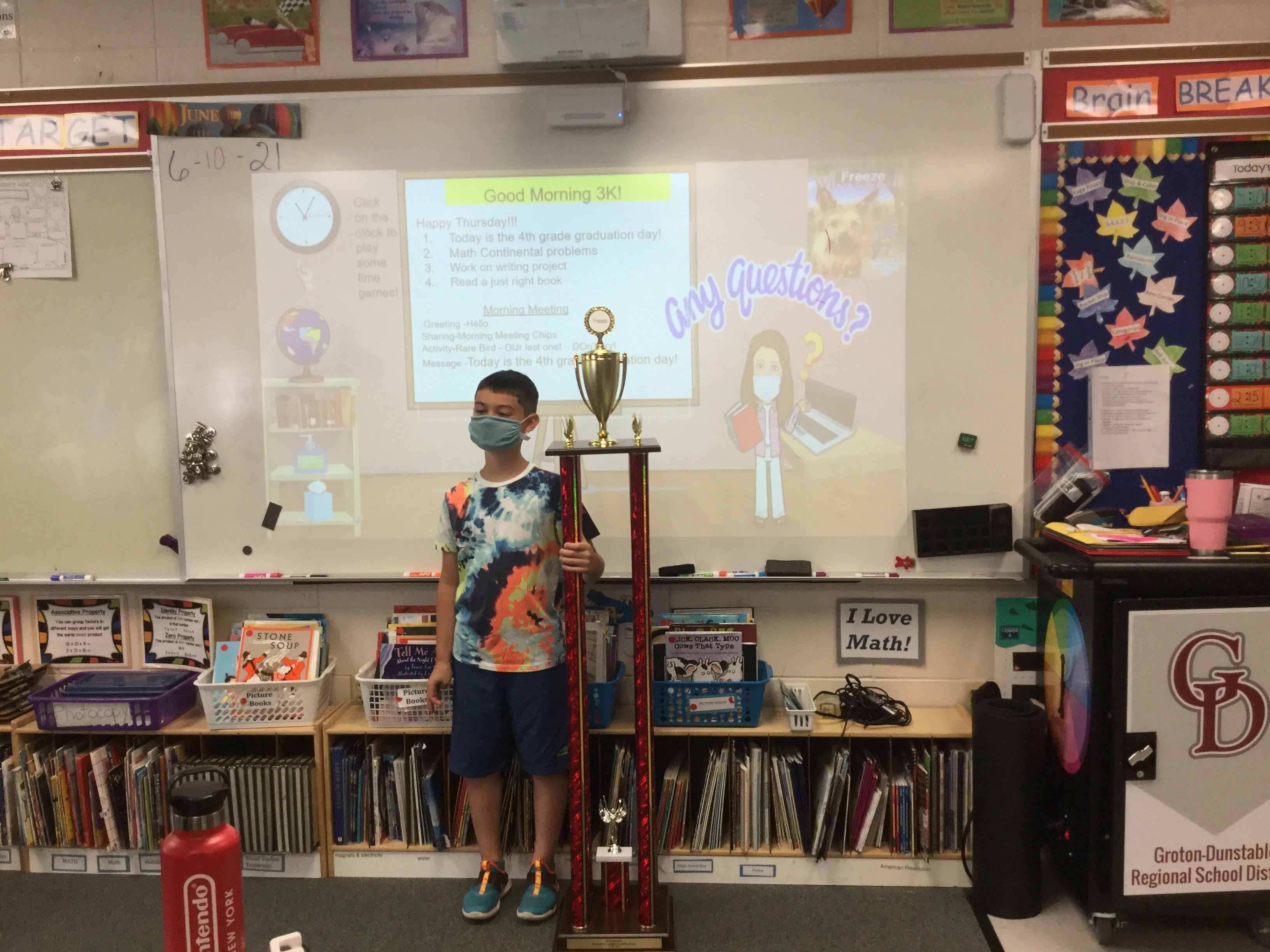 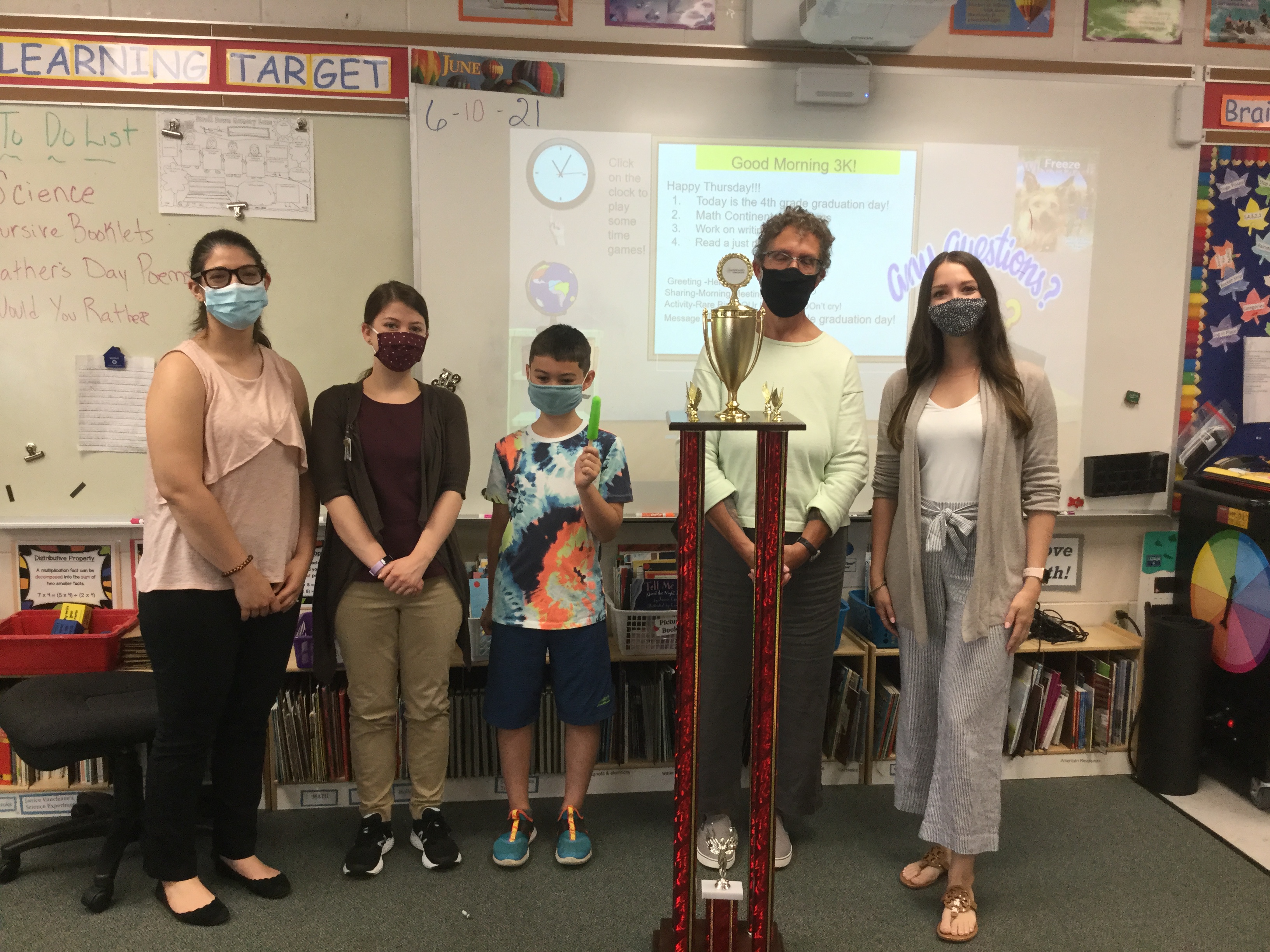 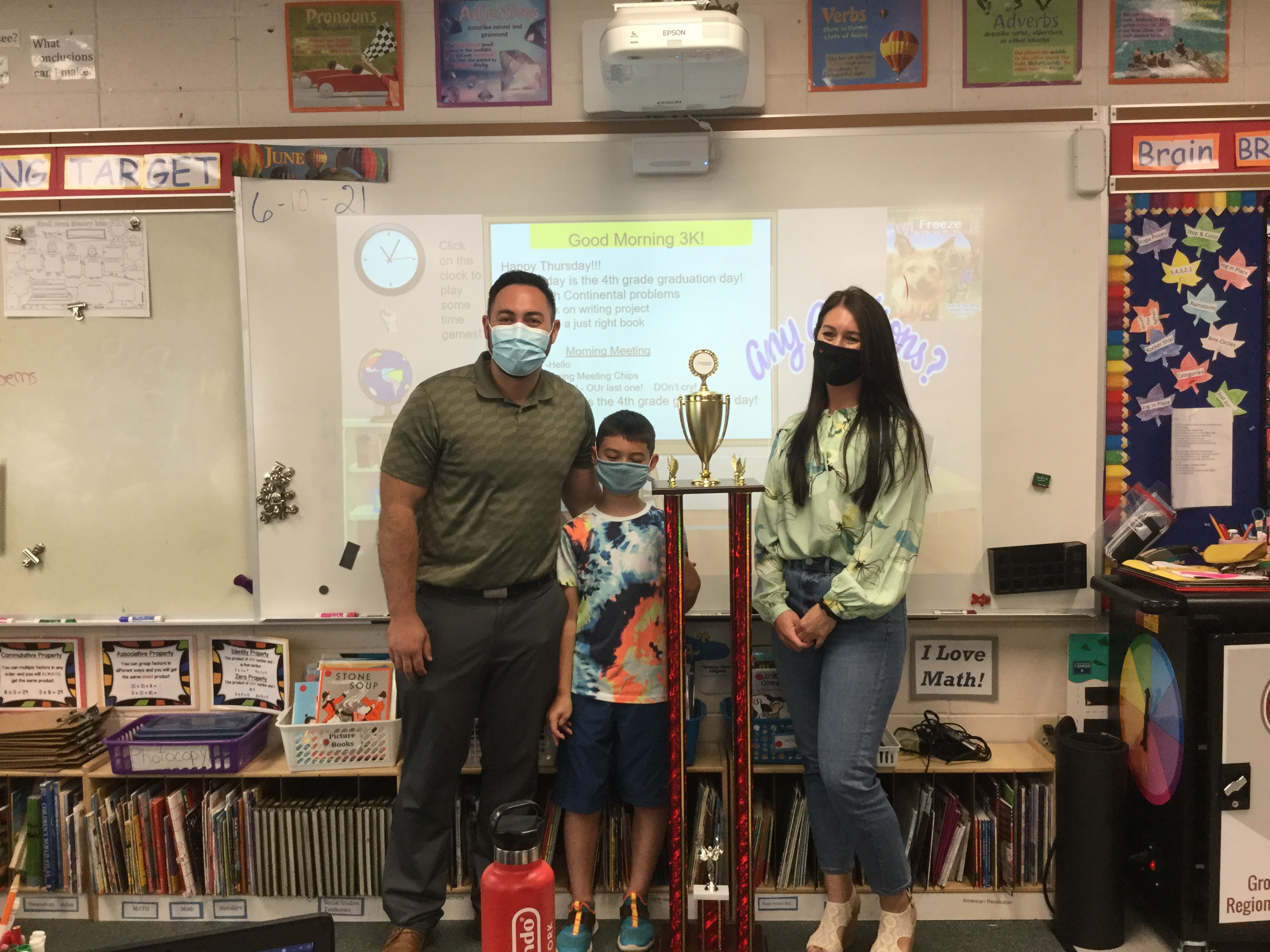 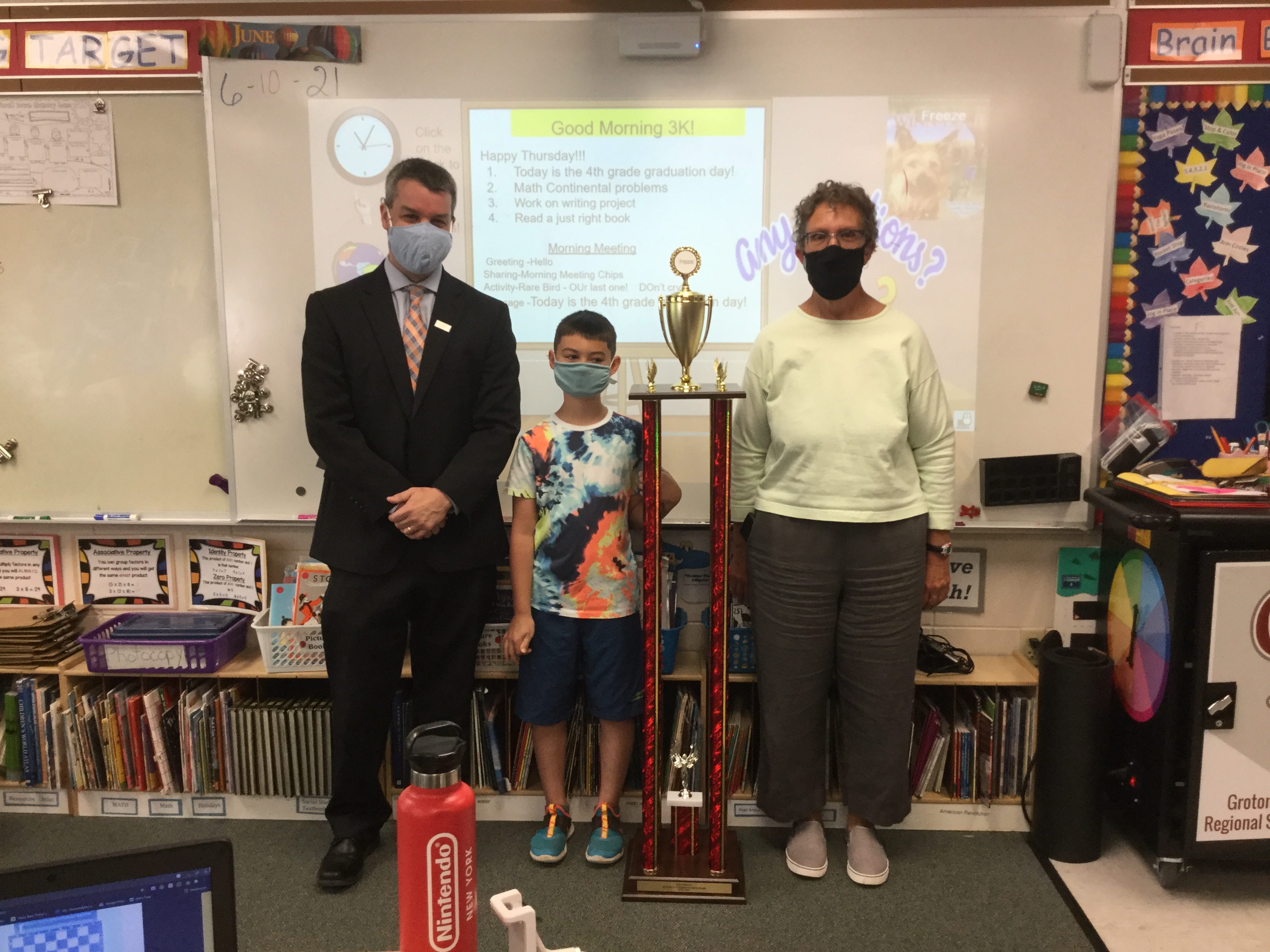 “She [Kristi] continues to bring additional resources each week to my attention that challenge students to increase their independence and encourages less support from staff, which empowers students to be confident in their use of technology to drive their learning. Joey has gained independence and his voice when advocating for his needs in the classroom. He is confident in his ability to learn with the help of his assistive technology and now advocates for his needs when he encounters work that is not accessible to him. He has a new understanding of how the technology increases his independence while allowing him easier access to his work materials.”

Joey's demonstrated success in gaining independence in his education using assistive technology made him an ideal recipient for ESMA’s 2021 Pioneer Award, given annually to a boy or girl with disabilities in Massachusetts who demonstrates the pioneering spirit of former Easterseals Massachusetts (ESMA) President Richard A. LaPierre. Joey was presented the award by ESMA President & CEO, Paul Medeiros in June. With assistive technology on his side, the future of Joey's education is looking bright.

Joey shared, “I want to get contacts and go to college. I want to teach other kids how to use technology in the classroom so it can help them.”