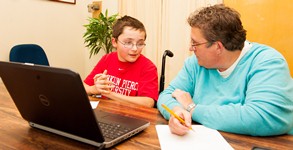 The first time Jake Louzan used the Internet to find starting times for a movie his family wanted to see, he was very proud of himself.  It was big step forward for him.

Jake is a bright 13-year-old who loves music and talking about politics.  As a result of cerebral palsy, he uses a walker and has difficulty holding a pencil.  Often, Jake has had to ask for help doing everyday things that people without disabilities may take for granted.

“Jake was always a kid who sat around and waited,” his mother, Michelle, said.

That began to change when Easter Seals Assistive Technology Specialist Kristi Voelkerding began working with Jake and his school in Quincy.  Because his eyes have difficulty tracking printed text, Easter Seals provided him with software that reads printed text aloud. Voice-recognition software enables him to dictate to his computer.

Kristi, his family and his teachers became a great support team for Jake.  He now accesses the Internet and does some of his homework on the computer – all on his own.  “It helps me write things and save it so my teachers can see it,” he said.

He’s still mastering the challenges of dictating to his computer, but Jake is not a quitter. This is a young man who plays sled hockey, and has tried bike riding and target shooting through an adaptive athletics program.  He’s also been in a high school play, “The Wizard of Oz.”

Jake and his parents think the world of Kristi and Easter Seals.  “We felt we needed to encourage Jake’s independence,” Michelle said.  “And to finally have someone say, You’re right.  We can build his independence, was great.  He’s getting it.  He’s learning how to motivate himself and make decisions.”

Like the early pioneers, Jake is smart, capable, confident and convinced that he’ll be a success one day.  Easter Seals honored those qualities in Jake by naming him the 2014 winner of its prestigious Richard A. LaPierre Pioneer in Technology Award.

“Jake has such heart,” Kristi said.  Their admiration is mutual.  “I think Kristi is wonderful,” he said. 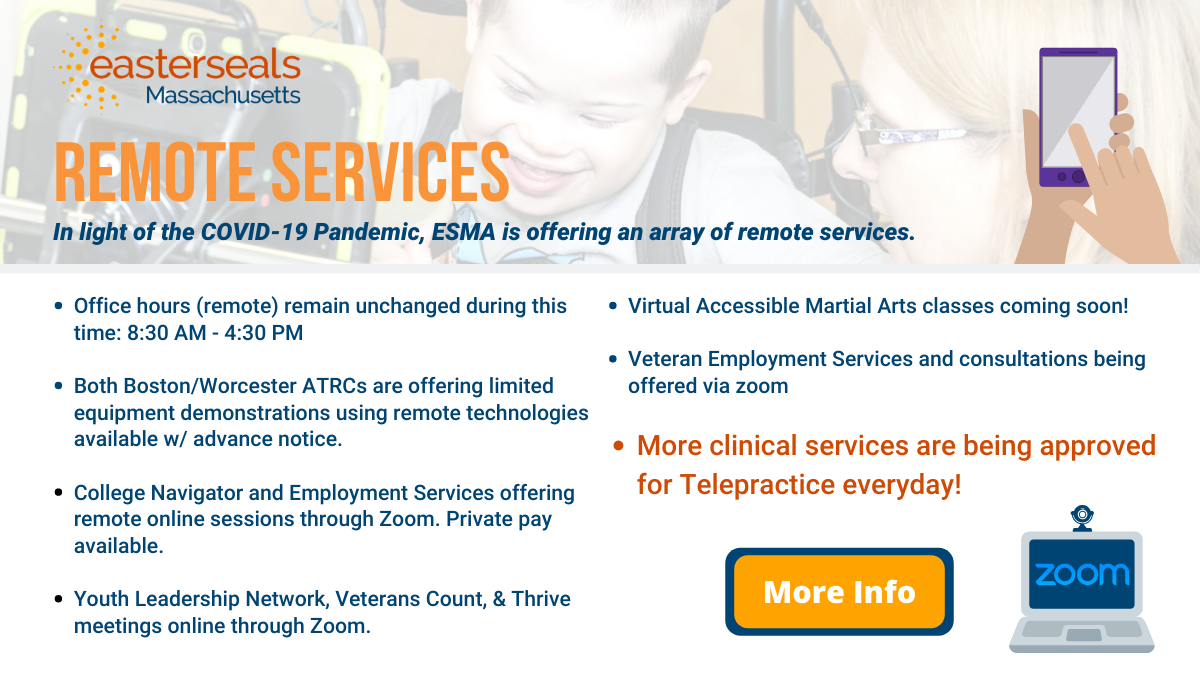