Anti-Racism and the Disability Community

Easterseals is proud to be an organization that advocates for societal and systemic equality for all people, no matter what ability or racial background. One in four Americans today are living with disability, and of those, one in four are Black Americans. We also recognize the nuanced and challenging barriers that exist for minorities, and the need to bring visibility and perspective to those issues. We take this opportunity to uplift BIPOC (Black, Indigenous and people of color) voices to ensure their stories are told and that people of color with disabilities are informed and supported.

Black Women Leaders in the Fight Against Health Disparities
Congresswoman Robin Kelly, The Congressional Caucus on Black Women and Girls, and The Congressional Black Caucus Health Braintrust presented a discussion about health equity for everyone, including people with disabilities and minority communities. Easterseals CEO Angela F. Williams joined CEOs from the March of Dimes, the Black Women’s Health Initiative, and the American Diabetes Association. 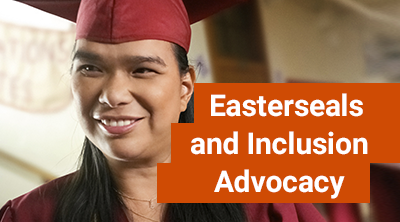 The Journey Toward Black Academic Achievement Should Start Way Before Enrolling In An HBCU - By Easterseals CEO Angela F. Williams.
For decades, attending historically Black colleges and universities was one of the most effective ways to advance Black success. It’s not enough.

The Easterseals Black Child Fund
Almost 100 years after the Civil Rights Movement, African Americans and other minorities – including people with disabilities – are still facing inequities. That is why we’ve established the Black Child Fund — to help end racial disparities in healthcare, childcare, and education faced by Black children early and throughout life.

VIDEO: More Than a Title – Building Inclusion & Diversity in the Workplace
This conversation explores how to build diversity and inclusion in your workplace.

What Will You Do in This Moment? - By Easterseals CEO Angela F. Williams.
In June of 2020, the country experienced civil unrest and protests regarding the death of George Floyd, just one of many victims of police brutality. Angela Williams discusses what we all can do in our communities to bring about better understanding about these issues. 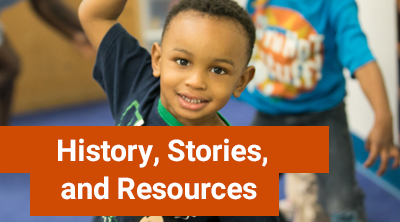