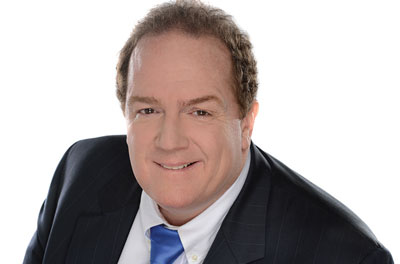 Fred Maahs will never forget the the day when the landmark Americans with Disabilities Act was signed 25 years ago, on July 26, 1990. A major leap forward in the movement to assure the civil rights of all people, the ADA made it illegal to discriminate on the basis of disability.

“It was a celebration,” says Maahs, now an executive at Comcast and member of Easterseals, Inc.’s Board of Directors. “Before the Act passed, it was rare to see a person with a disability out in the community,” Fred recalls. “But afterward, it was clear that somebody was finally paying attention. This was going to help level the playing field.”

At the time, Fred was 18 years old. Paralyzed in an accident in 1980, he’d spent a decade adjusting to life with a disability during a time when people who used wheelchairs were unable to access most public buildings, much less public transportation, educational opportunities and employment.

“Today more than 54 million Americans with disabilities — along with their families, neighbors and communities — enjoy the benefits of the ADA,” former Easterseals CEO, Randy Rutta says. “Indeed, everyone wins. Prohibiting discrimination against people with disabilities ultimately opens pathways for all of us as we, or our loved ones, age or face new life challenges.”

Fred’s life took a turn right before he was to start his freshman year in college. While boating on a vacation with his family, he heard a scream from someone nearby who had fallen into the water. Instinctively, he dove in without realizing his boat was on a sand bar in only a foot of water.

After seven months of rehabilitation for a spinal cord injury, Fred left the hospital to begin his new life. But the college he had planned to attend wasn’t wheelchair-accessible. “I thought that the doors to a fulfilling life had slammed shut,” he recalls.

Fortunately, another school invited him to enroll and serve as an advisor on how to make the campus more accessible to students with disabilities. The first wheelchair user to attend and graduate from Widener University’s Delaware Campus, and then West Chester University of Pennsylvania, Fred was a pioneer who also broke barriers as he worked during college. His first job was on the second floor of a two-story building with no elevator. Each day, co-workers carried him – wheelchair and all — upstairs to work.

At one point, he spent five years as Director of Communications for Easterseals Delaware and Maryland’s Eastern Shore. He knows well how Easterseals offers guidance, provides support, and inspires action.

Today, Fred is Senior Director of Community Investment and National Partnerships at Comcast’s corporate headquarters in Philadelphia and also Vice President of the Comcast Foundation. Comcast is an Easterseals National Corporate Partner and in 2012, established the Comcast Foundation Assistive Technology Fund at Easterseals. To date, the Fund has helped an estimated 25,000 children and adults with disabilities access assistive technology to live, learn, work and play in their communities. Plus, Comcast NBCUniversal provided more than $4.43 million worth of airtime to elevate Easterseals’ visibility by airing our PSAs in 2014 alone!

“Easterseals is in everyone’s backyard,” he says. “It doesn’t matter if you’re young or old or you are disabled short-term or long-term, they’ll have a solution for you.”

Fred is proud to continue advancing the spirit of the ADA through his work at Comcast and volunteer leadership efforts with Easterseals.

Have your voice be heard in Washington, D.C.! Join our Easterseals advocacy network.