A Q&A with Ben Trockman on Employment 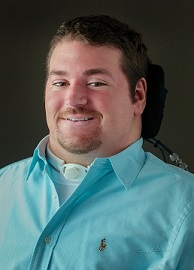 When you started your senior year at University of Southern Indiana (USI), what kind of job were you hoping to get after graduation?

Beginning my senior year at USI, I would be the first to tell you that I had no idea what I was going to do after graduation. My dream was – and always will be – to work in sports, specifically the MLB; baseball is absolutely my favorite sport. I would love to apply my PR background, and get my foot in the door with a major league baseball team. Honestly, I think I would work any job to get myself into a baseball organization. My hope would be to eventually move up the ladder throughout time and make it to the upper level management; that is my dream.

Although, with my ongoing experience with Easterseals – and not-for-profit organizations in general – I would never want to give up the opportunity of giving back, and helping those who are in need. In my life, I have never had a more gratifying experience than my work with Easterseals. It can put my mind at ease knowing that all of the time I am spending traveling, advocating, speaking and interacting with individuals all across the country, is helping other people in this world. I could ask for nothing more in life, and this is an organization of which I will never lose touch.

I understand that there were some barriers related to your personal assistance services that you needed to navigate. Can you please explain what those barriers were?

Thank you for asking about this issue, Katy. This is a critical issue, one that has caused a lot of frustration for me, but something that everyone should be aware of.

Currently, every morning I have a nurse and a Certified Nurse’s Assistant that help get me up and going for the day. After I am out of bed – dressed for success – and in my chair, the CNA leaves for the day; that process takes about two hours. The nurse spends the rest of the day helping with my care, my therapy, and also driving me to class, meetings and other events during the day. She is an important part to my overall health, and I need a nurse to be there for me in case of any emergencies. Lucky enough for me, Medicaid currently pays for my nursing care, which tallies over $100,000 a year.

The problem is that once I get a job I will then be limited on the amount of money that I can make each year without losing that Medicaid coverage. As I understood, Medicaid would only allow me to make around $12,000 a year. If I were to exceed that amount, those services would no longer be covered by Medicaid.

I will be honest with you I did not continue my education for five years at the University of Southern Indiana to merely make $12,000 a year. Luckily, I learned of the MED Works program offered by the state of Indiana.

Tell me about MED Works – which stands for Medicaid for Employees with Disabilities?

After consulting with three different lawyers, a bank, and the Medicaid office I finally learned of this wonderful program offered in Indiana. MED Works is a program that enables and encourages disabled Hoosiers – people from Indiana – to get back to work. Instead of being limited to making around $12,000 a year, after signing up for this program, I will be able to earn around $80,000 a year. Lucky thing is, it will not put my Medicaid coverage in jeopardy.

After joining the program, I will then pay a monthly premium – fees depending on how much I make – and not have to worry about losing my Medicaid coverage. I also will be able to invest in an IRA, and will have the ability to put money in a savings account. I have to tell you, after learning of this program a month ago, I don’t think the emphatic smile has left my face. MED Works will allow me to pursue meaningful employment, and earn a fair wage; I couldn’t be more excited.

You told me that you had been going on a lot of informational interviews.  How’s that going?

After graduation, I decided that it would be a good idea to meet with as many influential business leaders in my community as possible. I could get advice from those individuals, ask about their history and how they got to where they are today, and simply have a chance to meet and talk with these folks.

After a meeting with Bob Jones, who is the CEO of Old National Bank – a $9.5 billion company, whose headquarters are located in my hometown – I received a phone call from their talent acquisition department. After a few more conversations and a caliper test, I was offered a job!

I am now going to be Ben Trockman the Community Outreach and Employment Specialist from Old National Bank! What’s really neat is my job is essentially going to entail reaching out to, finding, working with, and helping enable job opportunities for individuals with disabilities in the area. It is an honor to have the chance to be employed by an organization who is an aspiring leader in disability employment, and an employer who has already established themselves as a tremendous asset to my hometown, and our Tri-state area.

Finally, how did a nice guy from Indiana become a Boston Red Sox fan?

Well, this is the easiest question so far! You know, we often talk about overcoming barriers and obstacles in life, especially as an organization that works with people with disabilities; one of those people being myself.

My favorite player, Dustin Pedroia – who just signed a 10 year $100 million contract with the Red Sox – was told throughout life that he was too small to play in the MLB; he is listed as 5 foot 7. In 2007, Pedroia was named the American League Rookie of the Year, in 2008 he was the American League MVP, and won the Silver Slugger Award. He is a two-time World Series champion, and a three-time Gold Glove Award Winner. Talk about overcoming obstacles: this guy has done it.

Most importantly, he is known as one of the hardest working players in the league, showing up before anyone else in the morning to work out and practice, and leaves later than anyone else. He is also known for his leadership in the clubhouse, and the guy you can always count on to rally the troops. That is a good first reason for liking the Red Sox, right?

Wait, I forgot to mention my favorite pitcher Jon Lester, who has been an anchor for the Red Sox success. In 2006, his first year in the big leagues, Lester was diagnosed with non-Hodgkin lymphoma. Since battling cancer he has come back to return to the Red Sox, pitch a no-hitter, helping propel them to the playoffs on two different occasions, and was a major factor in the team winning two World Series titles in the last seven years. He didn’t let anything stand in the way of his dreams of becoming a successful professional baseball player. How could you not root for a guy like that?

Baseball is so much more than just a game, it is about the people involved in the game, and their family, and their personal stories. These two stories just so happenedto grab my attention, and fuel my love and passion for baseball.