Home > _Easterseals Blake Foundation > Who We Are > Stories Of Hope > Spotlights 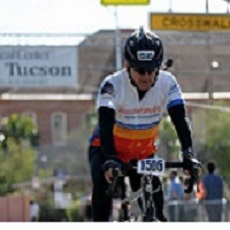 Gary has been the top fund raiser for charities participating in the El Tour De Tucson for the past four years. In 2019 he raised more than $23,000 for Easterseals Blake Foundation. Heinfeld's son Ryan received services from EBF after suffering a traumatic brain injury in high school. The Heinfeld family is thankful for the support Ryan received after his injury and believes it set Ryan on a course to be healthy and independent. Ryan passed away in 2019 at the age of 31. The 2020 Wheels for Easterseals El Tour Team in dedicating their ride in April to his memory.